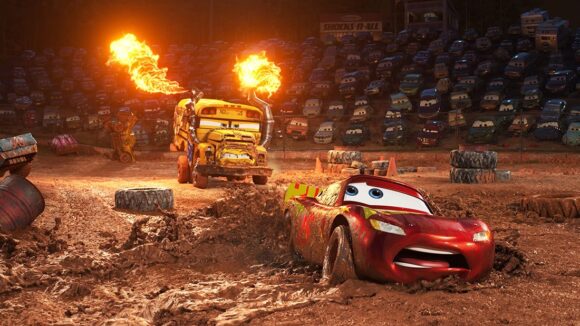 The film is Pixar’s second-weakest summer launch of all-time, beating only Ratatouille, which opened with $47M in 2007. But the reality is that even if Cars 3 had made $10 million more, it would have made little difference to the Disney Company’s bottom line. That’s because the Cars sequels are designed to be commercials that refresh the franchise and keep it relevant for the studio’s other operating segments, notably consumer products and theme parks.

Disney-themed products generated $56.6 billion in retail sales in 2016, more than any other corporation in the world, and Cars licensing plays a role in those numbers. While specific figures aren’t known, the John Lasseter-created franchise generated over $10 billion in retail sales in its first five years alone. Add to that, the Disney Company opened Cars Land in 2012 at California Adventure, a theme park that draws over 9 million visitors per year, and it becomes easier to understand why the box office figures of Cars 3 are less important than the simple fact that the studio produced a Cars 3.

This past weekend, Disney also released Cars 3 in a couple dozen international territories, picking up an additional $21.3M. In all, Cars 3 has earned $74.8M to date.

In its third weekend, Dreamworks Animation’s Captain Underpants: The First Epic Movie dipped from third to eighth place, pulling an estimated $7.4M. The film has grossed $58M to date — which, while lower than many of the company’s recent films, could end up being more profitable due to its new affordably outsourced production pipeline. The film has opened in just a handful of international territories, with $4.7M from those dates.

Illumination’s Despicable Me 3, still a couple weeks away from its domestic launch, debuted in five international territories this weekend with $10M, including a no. 1 launch in Australia.

After twelve weekends, The Boss Baby is nearing the end of its domestic run. The film added an estimated $315,000 this weekend, lifting the domestic total to $172.5M. With $318.3M from abroad, Boss Baby has raised an unexpectedly large sum of $490.8M, assuring itself a sequel and surpassing the $484.4M of the first Shrek in 2001. It’s now within striking distance of the $494.9M franchise launch of How to Train Your Dragon in 2010, and should it reach that landmark, it will become Dreamworks’ fourth-highest-grossing franchise debut, behind just Kung Fu Panda, Madagascar, and The Croods.