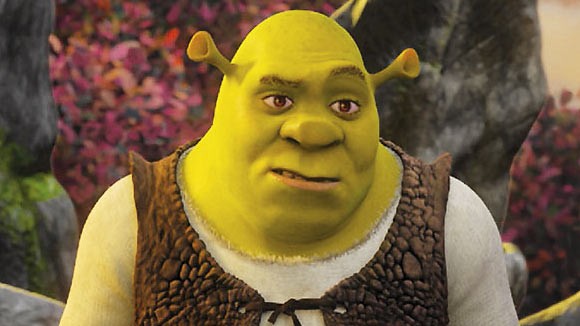 Why did Penguins of Madagascar underperform at the box office?

Everyone and their mother has a theory, but the most outlandish one might belong to DreamWorks executives, who told an investment firm recently that people have been avoiding their films because they are too adult.

During a meeting with investment firm analyst Benjamin Mogil of Stifel Nicolaus, DreamWorks explained to him that sometime between 2012 and 2014, kids stopped watching animated films as much as they used to, and now only very small children watch animated films. This sudden shift in moviegoing audiences from young to very young obviously hurt DreamWorks, which specializes in high-brow fare for discerning filmgoers.

DreamWorks’s struggles between 2012 and 2014 were, according to what Mogil was told, “tied to films which skewed older right as the box office began to see changes whereby animation demand was increasingly skewing younger as kids began to age out of the genre earlier.”

Curiously, at the same time that DreamWorks was struggling with its overly “adult” films, other studios were wholly unaffected by this alleged demographic shift. In the same 2012-2014 period that DreamWorks claims only small children appreciated animation, Disney scored its biggest hit ever with Frozen which appealed across a broad demographic range; Illumination had its biggest hit ever with Despicable Me 2; Pixar scored its third-highest global gross with Monsters University; and Warner Bros. enjoyed an unexpected breakout smash with its broadly appealing The Lego Movie. None of these films were targeted at a younger age range than any of DreamWorks’s films, and in fact, most skewed older.

DreamWorks, however, is convinced that its box office stumbles are attributable to a demographic upheaval amongst young moviegoers. As a result, they’re pushing a “younger skewing slate” to be “more realistic/in-tune with the evolution in changes in the box office market.” The explanation was convincing to analyst Mogil, who felt that the studio’s execs were “exceptionally candid about what had creatively gone astray over the last few years from the movie creativity front.” He not only upgraded DreamWorks’s stock from hold to buy, but also set a $34 price target, a generous valuation increase from the company’s current trading price of $26.40. Mission accomplished!

Meanwhile, DreamWorks is pivoting its approach to feature films, and will dumb down its output to reach a younger crowd. They’ll intellectually unstimulate viewers with projects like the upcoming Trolls, based on the 1960s Danish toy fad, and a film adaptation of the children’s book Boss Baby, starring a tiny, bald, stressed-out businessman (alternate title: The Jeffrey Katzenberg Story).

No doubt, someone in DreamWorks’s finance department spent a lot of time crunching numbers to arrive at the conclusion that older children no longer watch animation as much as they used to, but the theory makes little sense to anyone who has observed the development of animation features over the course of the last decade — or more obviously, looked at recent box office grosses.

Animated films, if anything, attract a much broader audience of older children, teens, and adults than they ever did in the Eighties and Nineties. Ironically, DreamWorks’s own films in the 2000s played a significant role in expanding the public’s perception about animated features. Now, DreamWorks is betting against its own history as they try to get back on track.