Disney has decided to skip 20 international markets with the theatrical release of Strange World, choosing not to submit the film in countries where LGBTQIA+ content has been and is likely to be banned or demands for edits are likely to be made.

Territories that won’t get a theatrical release of the film include all the Middle East, China, Malaysia, Indonesia, Pakistan, Turkey, Vietnam, East Africa (Tanzania, Uganda, Kenya), West Africa (Nigeria, Ghana), Maldives, Nepal, and Bangladesh. The film was not submitted for theatrical release in Russia either, although according to reports, that was due to ongoing geopolitical circumstances.

Disney has recently become quite familiar with censorship when releasing films abroad. Just this summer, there was tremendous controversy surrounding the release of Lightyear for a blink-and-you’ll-miss-it same-sex kiss, and in the end more than a dozen countries banned the film.

Strange World features a young male character, Ethan, who has a crush on another boy. Ethan’s story is integral to the main plot of the film and Disney was unwilling to make any edits that would impact that narrative. So, for that reason (at least) the company has decided to avoid any territories that might ask for such edits.

According to Deadline, a Disney spokesperson commented:

In countries where we operate, we seek to share our stories in their original form as we and the artists involved have created them. If we make edits, because of legal or other considerations, they will be as narrow as possible. We will not make an edit where we believe it would impact the storytelling. In that circumstance, we will not distribute the content in that market.

The company’s refusal to release the films in certain markets does come at a cost. Disney’s last animated feature to get a wide global release (although in a shorter-than-normal window), 2021’s Encanto grossed nearly $25 million in the 20 territories where Strange World won’t be released. 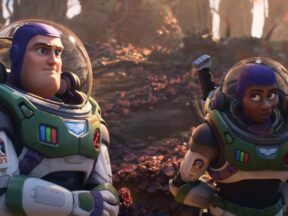