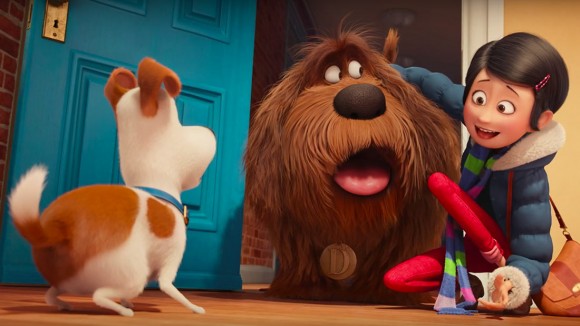 ‘Tis the season for animation trailers. On the heels of fresh peeks at Kubo and the Two Strings and The Angry Birds Movie, Universal unveiled a new trailer today for Illumination’s The Secret Life of Pets.

It builds on the film’s earlier teaser, filling in some of the plot points that go beyond the film’s high-concept pitch: What do our pets do after we leave for work or school each day?

In a year filled with ensemble animal-cast cartoon movies, Secret Life of Pets has its work cut out, but the footage released so far suggests it might have the same lightly likeable touch that made the Despicable Me franchise a hit with audiences.

Universal will release the film into U.S. theaters on July 8, 2016.