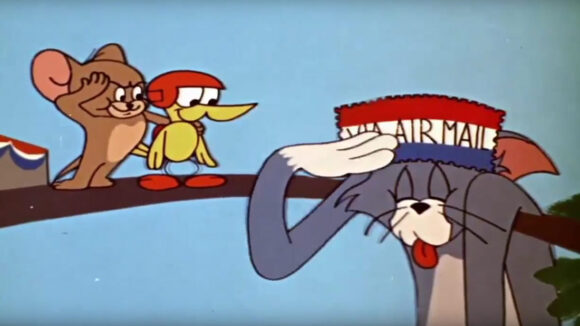 Warner Bros. has announced plans for its live-action/animation hybrid Tom & Jerry film to be directed by Tim Story. The studio has slated the movie for release on April 16, 2021.

Story’s career has been comprised mostly of comedies aimed at African-American audiences including the Think Like a Man and Ride Along franchises. He was also the director behind Fox’s Fantastic Four and Fantastic Four: Rise of the Silver Surfer film in the mid-2000s.

The violent cat-and-mouse duo, who turned 79 years old last month, were created by cartoon legends William Hanna and Joseph Barbera at MGM in 1940 and starred in 161 theatrical shorts until 1967. Since then, the cat-and-mouse have appeared in a variety of tv series and over a dozen direct-to-video movies.

Warner Bros. has been trying for over a decade to launch a hybrid movie project with the characters, but as yet, has been unable to produce one. The film will join a long list of classic animation and comic characters who have transitioned into hybrid projects, including Garfield, Scooby-Doo, The Smurfs, Yogi Bear, Underdog, Woody Woodpecker, Alvin and the Chipmunks, and Rocky and Bullwinkle.