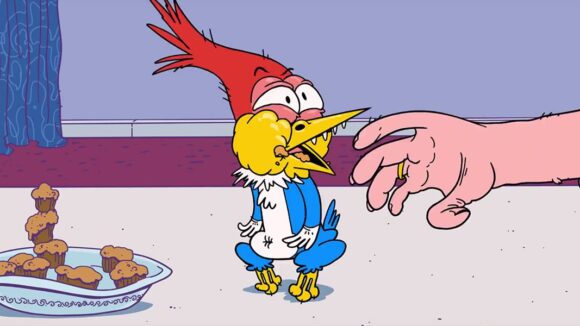 Brazilians can’t get enough Woody Woodpecker, both in official and unofficial form.

Earlier this month, Universal’s live-action/cg hybrid Woody Woodpecker feature shot to no. 1 at Brazilian theaters, and, in its first three weeks, has grossed over $6 million in that country.

On the unofficial side of things, a group of 70 (mostly Brazilian) animators has banded together to create a shot-by-shot remake of the 1961 Woody Woodpecker theatrical short The Bird Who Came to Dinner. Each animator was assigned a shot from the original short and asked to re-animate Woody – known as Pica-Pau in Brazil – in their personal style.

The re-animated short was originally released last week using the film’s Portuguese dub, but a version of the project with the original English track from Walter Lantz Productions has now been made available. Watch it below:

The non-profit remake, which took over a year-and-a-half to complete, was organized by Brazilian animator Ivanildo Soares. Links to all the participating animators can be found on the film’s Youtube page.

The Woody remake is similar to other crowdsourced fan collaborations like Bartkira, in which over 500 artists redrew Katsuhiro Otomo’s Akira manga using Simpsons characters, and Moon Animate Make-Up, in which 250 animators re-animated an episode of Sailor Moon.