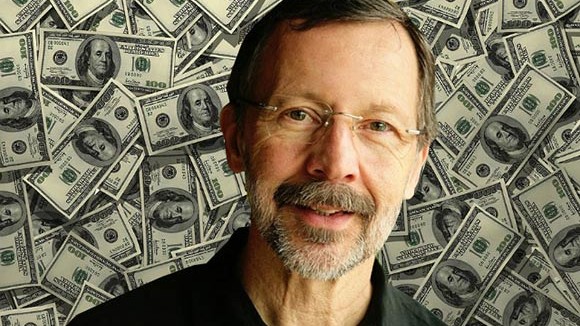 As more details emerge about the industry-wide wage theft scheme operated by feature animation studios, artists are beginning to piece together the events of the last couple decades and understand how they were unknowingly manipulated by studio executives.

Not suprisingly, some of the most disturbing stories point back to current Disney Animation/Pixar president and bestselling humor book author

Ed Catmull, who is allegedly one of the primary architects of the scheme, according to his own deposition statements from January 2013.

Animation Guild (Local 839 IATSE) business rep Steve Hulett has shared some new details about Catmull’s insidious tactics. According to a conversation that Hulett had this week with a former Disney employee, Catmull told Disney artists they were getting rid of their contracts to give them freedom to find better paying jobs at other feature animation studios. Of course, what artists didn’t know at the time was that Catmull had spent decades rigging the system so that better-paying jobs wouldn’t exist at other studios.

Here is the conversation that Hulett had with the former Disney employee:

Unidentified Former Disney Employee: When Disney Animation had personal service contracts, back six or seven years ago, management had us come into meetings. And Ed Catmull explained how they were doing away with PSCs because they thought it would be better for all us Disney employees not to be tied down.

Animation Guild business rep Steve Hulett: I remember. People at Feature Animation asked me about it. I said it was just a way for the studio to save money. Employees wouldn’t be locked into automatic raises in personal service contracts every year, wouldn’t be focused on raises because they’d be “at will” and more concerned about keeping their jobs.

Unidentified Former Disney Employee: Here was something else. Ed told us without the PSCs, everybody was free to go work someplace else if they got a better gig. The company wouldn’t stop people from moving on. But the companies out there were talking to each other and keeping wages down, so how could anybody go get a higher-paying job? And Ed knew about this when he was talking to employees. When he was pushing the “free to get a better deal” thing.