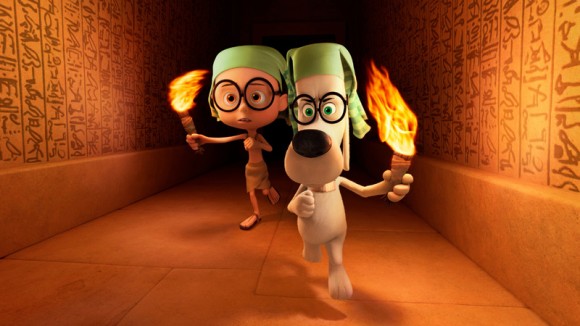 The first set of stills from the upcoming DreamWorks feature Mr. Peabody & Sherman were published in a USA Today article. We’ve posted large versions of the stills in the gallery below.

The film is based on Peabody’s Improbable History, a segment that appeared on the classic Rocky & Bullwinkle TV series. The new CGI Mr. Peabody and Sherman, directed by Rob Minkoff (The Lion King, Stuart Little), will be released theatrically in the U.S. on March 7, 2014.