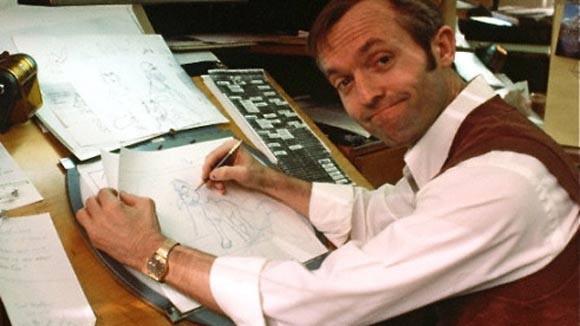 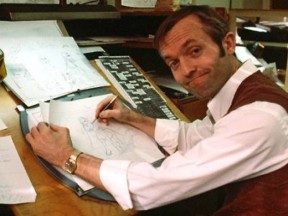 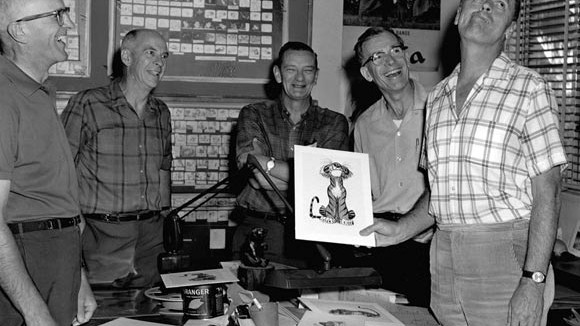 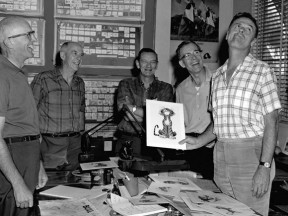 My wrestling match with Ken Anderson now over, I returned once more to Wolfgang “Woolie” Reitherman and Larry Clemmons, working on the story end of “The Fox and the Hound.” 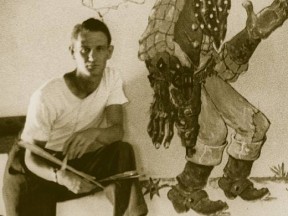 Disney’s head animation writer in 1977 was cartoon veteran Larry Clemmons, who had first been hired at the studio in 1930. At the time of his hiring, he was a Yale graduate with a degree in architecture, but an Ivy League education was of little value in 1930 when the economy was collapsing…and few buildings were being erected.