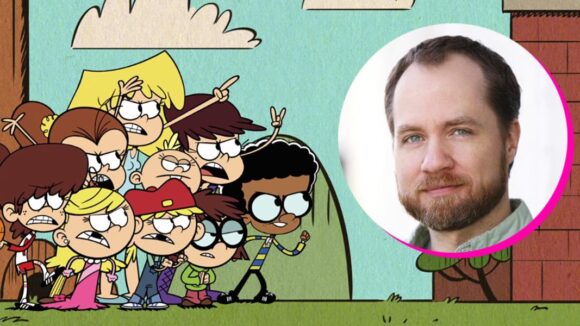 One of Chris Savino’s accusers has shared with Cartoon Brew the letter that she submitted to Nickelodeon during the network’s internal investigation of sexual harassment allegations against The Loud House creator.

This individual is not among the large group of women who made the initial accusations against Savino, which prompted his suspension from Nickelodeon Animation, and which led to his firing yesterday. Rather, this individual came forward during Nick’s investigation, similar to Bojack Horseman director Anne Walker Farrell.

The accuser has requested anonymity, which Cartoon Brew has granted. The identity of the individual, however, is known to both Nickelodeon and to Cartoon Brew. The letter has been edited for clarity by Cartoon Brew, and re-edited and approved for publication by Savino’s accuser.

We warn you that the details in the letter are extremely disturbing, and may trouble some readers.

I suffered the same as the other ladies in the Chris Savino case. I work in animation as a professional artist. Also I had worked for Disney Publishing, so I used to visit LA several times. That was when I met him at Disney Channel while he was directing his show Kick Buttowski.

The first time he was very nice to me. Then, he got my cell phone number, and he kept in contact with me. At that time, I was 22 years old. One night he started to text me drunkenly, asking me to prepare myself an alcoholic drink, giving me some recipes, and having fun conversation about it, so it was very weird for me. Then he sent me an Alien emoji with the Splash emoji, and asked me for nude pictures. Another night he sent me a picture of his penis, and told me a dirty secret about how he masturbates.

Then he started harassing me for years, telling me he had an open relationship with his wife, so I started to feel very uncomfortable. One day I went back to Disney to visit one of my dearest friends. Chris saw me and shouted at me, asking why I hadn’t told him I would be at the studio (he showed some jealousy about that situation). Then, years passed, and I visited Nickelodeon to join one of my friends for lunch. He learned I was in town and started asking me again by text why I never visited him, and being so annoying and aggressive. He also asked me to “hook up” with him before I left L.A, and told me if I would do inappropriate things with him, he would give me a freelance job as well.

I had an opportunity to work at Nickelodeon a long time ago and I didn’t take the job because I knew he would be inside the studio. We should never allow people to do this stuff again inside a place where there are a lot of women trying to come up in this industry!

The nature of these allegations raises some very important questions that Nickelodeon has not adequately addressed simply by firing Chris Savino, specifically:

1. These accusations, like Walker Farrell’s, date back to well before The Loud House was picked up as a series, pointing to a long predatory history that continued into the production of the series. Was no one in management at Nickelodeon aware of this when they picked up the series or at anytime in the last three years of production, or did they turn a blind eye to these extensive and longstanding rumors of Savino’s behavior?

2. The Loud House is directly based on Savino’s life. When Nickelodeon picked up the series in 2014, they said that it was “inspired by Savino’s chaotic life growing up in a huge household.” What kind of a message does it send to its audience that Nickelodeon continues to air a children’s show inspired by the life of a serial sexual predator?

3. What steps is Nickelodeon taking in the short term to ensure that Chris Savino does not continue to profit from the series and its ancillary revenue sources like licensing and merchandising?