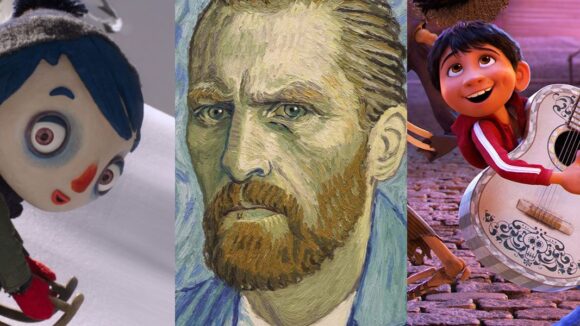 In the feature category, the three nominees were Disney-Pixar’s Coco, Breakthru Films/Trademark Films’ Loving Vincent, and Rita Productions’ My Life as a Zucchini. The category is worth watching because unlike some other film awards, the BAFTAs do not rubber-stamp a Walt Disney Company animated feature as the winner every year. Last year, the BAFTAs recognized Kubo and the Two Strings as the best animated film, while The Lego Movie won the category in 2015.

The three nominees in the British short animation category are:

Have Heart by Will Anderson

In the special visual effects category, five films were nominated:

Also notable, Paddington 2, a film whose lead is a cg-animated character, was nominated in the British film and adapted screenplay categories. The film, which received rave reviews in the U.K., is due to open in the United States this Friday.

The BAFTA Awards will be presented on Sunday, February 18, at the Royal Albert Hall in London.