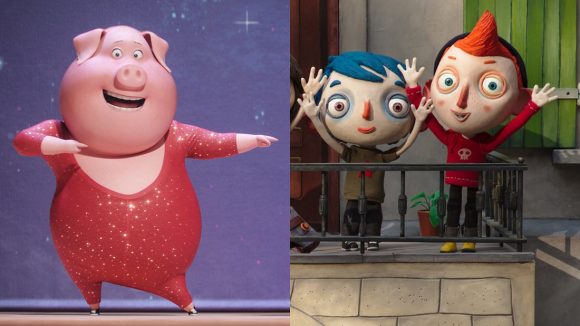 Nominations for the 2016 Golden Globes, presented by the Hollywood Foreign Press Association (HFPA), were announced this morning, and the feature animation category is quite interesting.

Here’s the line-up of five nominees:

Zootopia, Kubo and the Two Strings, and Moana were expected, but My Life as a Zucchini and Sing are unique choices for the Golden Globes, an award that has tended not to push boundaries in the past.

My Life as a Zucchini is an $8 million Swiss-French stop motion production directed by Claude Barras. Over the weekend, Zucchini picked up a major European recognition, the European Film Award, and its simple charms have won over audiences everywhere it has played. 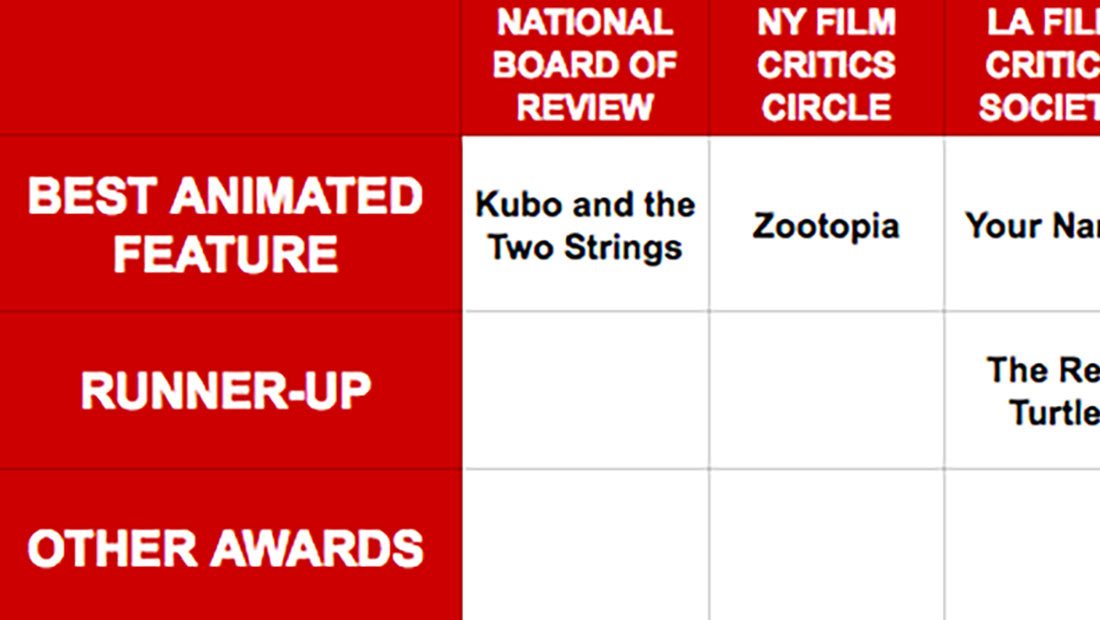 The Golden Globe nom solidifies Zucchini as the frontrunner for New York-based indie animation distributor GKIDS, which has a record five films in contention this year. Its other foreign submissions are Miss Hokusai, Mune: Guardian of the Moon, April and the Extraordinary World, and Phantom Boy.

The other big surprise is Illumination’s Sing. The reputation of the Despicable Me franchise has made it difficult for end-of-year awards organizations to view the Illumination films on their own merits, and that’s a real shame because the studio is having its best year ever artistically.

Both Sing and The Secret Life of Pets are perfectly constructed cartoon entertainment, from concept through execution. If an organization’s job is to recognize excellence in our art form, then they can’t just dismiss a commercial film for its success, and where others have failed, the HFPA deserves credit for recognizing one of the year’s most entertaining and well-made animated films.

So what’s the Golden Globe snub: The Red Turtle was again locked out of a nomination. This film delivered something unique, and was considered a key contender for most of the year, owing in large part to the reputations of director Michael Dudok de Wit and co-producer Studio Ghibli. However, as award season has rolled on, The Red Turtle has yet to pick up a single end-of-year honor. The lack of recognition says a lot about what the mainstream thinks animation should be (literal, easy-to-digest) and what it shouldn’t be (metaphoric, rich, contemplative).

One final note on the Golden Globes—animation dominated the best original song for a motion picture category, taking three of the five nominations. Here are the nominees: