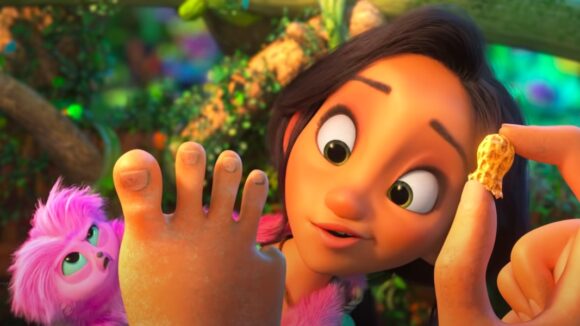 The post-Thanksgiving box office was topped, almost by default, by The Croods: A New Age, which took $4.4 million domestically in its second weekend on release.

The sequel from Dreamworks and Universal now boasts a $20.3 million cume in North America — negligible by pre-pandemic standards, but stronger than expected. It is behind only Tenet ($57.6 million) in the Covid-era domestic box office. But then Tenet debuted when around 3,400 theaters were open; today, that number stands at just over 2,200, according to analyst Paul Dergarabedian.

More interestingly, A New Age performed far better this weekend in China, where it grossed $12.2 million. That represents a drop of 36% on last weekend — a stronger hold than the 54% drop in North America. The film’s cume in the country is $36.6 million, for a worldwide total of $60.6 million across ten markets so far.

The film’s performance in China was no doubt aided by the abrupt withdrawal of Monster Hunter from the country’s cinemas over the weekend. The video game adaptation from director Paul W.S. Anderson (Resident Evil films) was expected to open strongly in China, but was pulled after local backlash against a scene perceived as racist toward Chinese people.

Considering A New Age’s reported budget of $65 million (before P&A) — less than half what the first Croods cost — Universal can be pleased. The studio backed A New Age pretty strongly, spending $26.5 million on tv and digital marketing, according to Deadline. In any case, box office is not the be all and end all for this film: under deals Universal has struck with leading cinema chains, it can put the film on home release after one more weekend in theaters.

Meanwhile, Japanese phenom Demon Slayer: Kimetsu no Yaiba the Movie: Mugen Train chugs along at the country’s box office. It has now sold 21,525,216 tickets for a gross of 28.8 billion yen (USD$277.5 million) after 52 days, according to the film’s official Twitter account.

Having already overtaken James Cameron’s Titanic and Disney’s Frozen, the manga adaptation is eyeing the all-time top slot at the Japanese box office, which is currently held by Studio Ghibli’s Spirited Away (30.8 billion yen). It could well get there by the end of the year.

Read our review of The Croods: A New Age 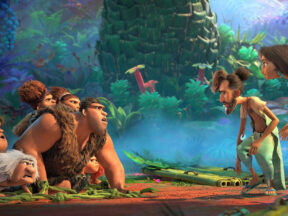