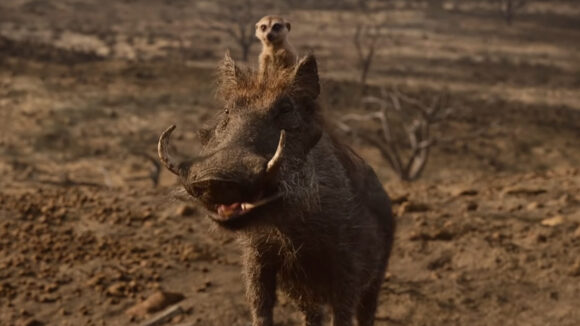 Tepid critics’ reviews didn’t stop Disney fans from showing up for Disney’s remake of The Lion King, which opened its U.S. box office run with a record $185 million (estimated), the biggest launch ever for an animated film at the U.S. box office, beating the previous record-holder, Disney-Pixar’s Incredibles 2, which opened with $182.6 million last year. Outside of Disney’s Marvel and Lucasfilm brands, it is the biggest opening ever for a Disney film.

The Jon Favreau-directed photorealistic cg animation film also played strong in international markets, earning $269.4 million from 51 new markets. It was the no. 1 film in every single one of those markets, with all-time top five openings in Mexico ($18.7 million), Brazil ($17.9 million), Australia ($17.1 million), Russia ($16.7 million), and India ($9 million). In China, where the film opened a week earlier than the rest of the world, it has grossed $97.5 million to date. Lion King’s overseas total is $346 million to date, and combined with its domestic, it has $531 million worldwide.

Disney-Pixar’s Toy Story 4 dipped to third place in its fifth weekend, with an estimated $14.6 million. The Josh Cooley film has now grossed $375.5 million domestic, and $483.9 million foreign, for a total of $859.4 million.

Disney’s hybrid remake of Aladdin, directed by Guy Ritchie, also remained a potent force at the box office. It landed in seventh place in its 9th U.S. weekend with an estimated $3.8 million. With domestic of $340M and foreign of $648.8M, its global total is now just $11 million shy of the billion-dollar club.

The Lion King did not open this weekend in Japan, which was one of the few international markets that wasn’t dominated by Disney. However, animation was still on top of the box office chart in that country thanks to the debut of Weathering with You, the new film by Makoto Shinkai, whose 2016 film Your Name was a global phenomenon. Weathering with You debuted with a three-day total of ¥1.540 billion (Usd$14.3 million).