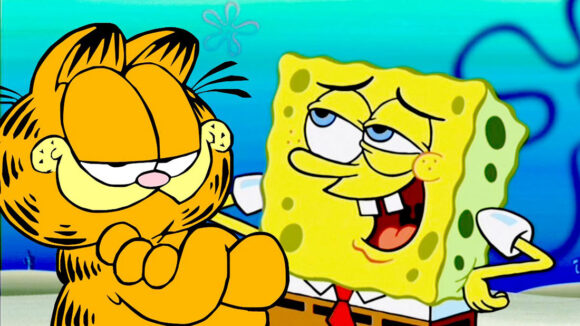 Nickelodeon’s parent company Viacom, through one of its subsidiaries, is acquiring Paws, Inc., the company that holds global IP rights to Garfield and U.S. Acres franchises.

Financial terms for the deal, which also includes rights to consumer products and location-based experiences, were not disclosed. The acquisition is expected to close sometime in August.

With the acquisition, Nickelodeon is making a bid to appeal to a uniquely underserved viewing audience: 6-to-11-year-olds who want to watch a cat that loves lasagna and hates Mondays. As an added bonus, kids can also enjoy the antics of a middle-aged man who lusts after his cat’s veterinarian.

Garfield, which launched as a newspaper comic strip (remember those?) in 1978 and went on to become the most widely syndicated strip in the world, has already enjoyed a rich career in television and film, including the 2d series Garfield & Friends and the cg The Garfield Show, as well as two hybrid theatrical features in which Bill Murray provided Garfield’s voice. Last year it was announced that Mark Dindal (Cats Don’t Dance, The Emperor’s New Groove) would direct an all-cg animation Garfield feature for Alcon Entertainment.

“This acquisition marks another step in our evolution toward being kids’ first stop for the best new content and characters, so we’re incredibly happy to have Garfield join our growing roster of globally loved franchises and to introduce this cool cat to a new generation of fans,” says Nickelodeon president Brian Robbins.

Immediate plans for Garfield include developing a new Garfield animated tv series, and a heavy merchandising program. As Pam Kaufman, president of Viacom Nickelodeon Consumer Products (VCNP), puts it, the goal is to “ignite Garfield into a multi-generational consumer products juggernaut and further deliver on VNCP’s ‘Every Age, Every Aisle’ mission.”

Adds Sarah Levy, chief operating officer of Viacom Media Networks, “Great content is core to the strength of our brands, and Garfield is a beloved character that continues to be part of the cultural zeitgeist with universal resonance across all ages. The acquisition of Paws, Inc. provides another opportunity for Viacom to leverage our platforms to extend the global reach of iconic IP.”

On the acquisition, Garfield creator Jim Davis says, “I’m delighted that Garfield is going to be placed in the capable hands of the folks at Nick. They know how to entertain and will be great stewards for the franchise. I am also excited to continue to do the thing that gets me out of bed every morning…the comic strip!”