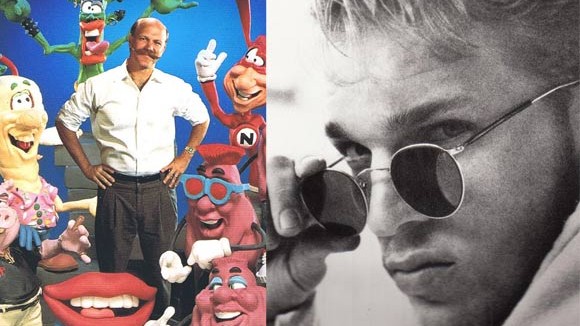 Laika does amazing work as a stop motion animation studio, no doubt about it, but its history is mired in controversy. The company was built on top of Will Vinton’s eponymous Portland studio in a shrewd corporate takeover by multi-billionaire Nike co-founder Phil Knight. After Knight took control of the company in 2002, he placed a failed rapper named Chilly Tee with slight experience in animation, who also happened to be his son Travis Knight, in charge of the entire company.

The story of how Vinton Studios became Laika has rarely been told, or if it has, it’s been told from the glossy perspective of Laika. Now, we have a 5,000-word piece, “How the Father of Claymation Lost His Company” by Zachary Crockett, that tells the sordid tale from Will Vinton’s perspective.

My sense is that Vinton isn’t the naif that the story makes him out to be. He was the one, after all, who allowed Knight to invest millions in the company in the first place, and then continued to run a money-losing operation. The piece is nonetheless quite informative and fills in a lot of the gaps in the Will Vinton/Laika story. It’s also a valuable cautionary tale for any animation studio owner who has ever dreamt of having a rich businessman invest capital into their company:

On a rainy autumn afternoon in 2002, Will Vinton sat alone in a board room, reviewing his severance package.

His desk, now barren, had once displayed the emblems of a storied career: an Oscar, six prime-time Emmys, a slew of Clios and innumerable other honors. He had brought clay animation back to life. But his creations, once animated on silver screens, were now housed in cardboard boxes, frozen in various states of bewilderment.

Over thirty years, Vinton had built his firm, Vinton Studios, into a $28-million-a-year enterprise. He’d produced, directed, and brought to life the most memorable characters of the 80s and 90s — the California Raisin, Thurgood Stubbs, the “Red and Yellow M&Ms.” He not only coined the term “claymation,” but was its unheralded king.

And now he was in the board room, tracing over the language that seized his kingdom. Hours earlier, he’d handed over his company and all of its trademarks to Nike co-founder Phil Knight. The billionaire’s son, an animation intern and ex-rapper with no management experience, would be assuming his place.