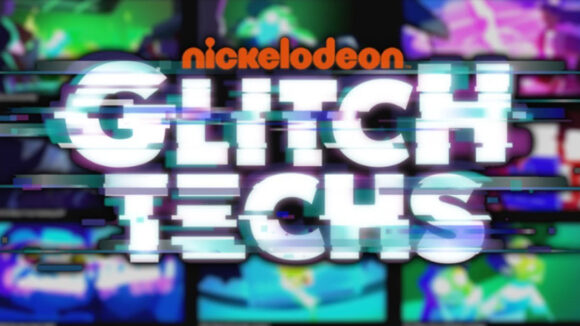 On Monday, Nickelodeon abruptly froze part of the production of its upcoming series Glitch Techs, leading to the immediate layoff of a large percentage of the show’s production crew at Nickelodeon Animation Studios in Burbank, California.

A co-creator of the upcoming series, Dan Milano (Greg the Bunny, Warren the Ape), described the production halt as a “shock” on Twitter, and when artists on the series began speaking on social media about having been laid off with no warning, it led to speculation that the series had been cancelled by the network.

However, that is not the case. The show’s other creator, Eric Robles (Fanboy & Chum Chum), went on social media to clarify that the series is still going forward at Nickelodeon.

According to an Instagram message that Robles posted on Wednesday, Nick still intends to launch a full first season consisting of 20 episodes. “As I write this, we are in production, getting amazing animation back from Europe and Asia,” Robles said. “Let me also speak from the heart when I say that Nickelodeon Animation has been nothing but supportive in ensuring Dan and myself the freedom to create an original and unique IP in a time where these types of projects are few and far between.”

The production freeze happened on a second half-season order of the show, Robles explained, but that will not have an effect on the completion of the first season, which is ongoing. “As most of you know, until a show actually airs most studios will only grant a writing pick up for your series and only IF they feel good about the show’s chances. So in our case, we were deeply grateful when Nickelodeon saw fit to pick up an extra half-season production order. This kept our amazing team of artists and designers together longer than we ever could have expected.”

The laid off artists continue to remain enthusiastic about the future of the show, which follows two kids recruited to battle video game monsters that have found their way into the real world. One production artist on the series who spoke with Cartoon Brew said, “At this point all I can ask for is that we garner as much positive support for the show as possible. I don’t have anything negative to say about Nick — they, along with Eric and Dan, have been as transparent thus far as they are able to be, and have gone to great lengths to care for the Techs team.”

Another artist on the series, Phillip Jacobson, wrote a lengthy public post on a Youtube video, saying, “The network, the show runners, all of us — literally everyone at Nick is SO hyped for this show. I’m telling you, Ian Graham, our SP [supervising producer], worked on Avatar, Korra, Zim, etc- and I can’t quote him directly, but every time there’s a lock animatic screening all he tells me about is how hyped the execs are for this.”

The sudden work stoppage, however, has affected the mood at the rest of the studio and put Nickelodeon employees on edge about the studio’s commitment to original productions.

An artist currently working on another production at the studio told Cartoon Brew, “In the wake of this news, morale at the studio has plummeted. At the past two Townhall meetings we have been told by the higher ups that they want to greenlight productions and they want to put more trust into their shows. Their actions show the complete opposite of this. Letting an entire team of incredible artists go without notice before airing any content is not trusting the production.…Those artists on Glitch Techs were extremely talented and I don’t imagine that talent will be coming back to Nickelodeon. Those are severe consequences especially when trying to compete with power house studios that have talent flocking to them. It is not hard to see, just look at Netflix’s creator line up for animation!”

The current uncertainty at the studio level stems in part from the shifts happening at Viacom, the company’s corporate parent. Though Nickelodeon remains the most-watched children’s network on linear television and generates more revenue than any Viacom property, its ratings have been in perpetual freefall over the last few years as children’s viewing habits shift to streaming providers like Netflix and Google’s Youtube. Recognizing that it could no longer effectively compete with the streamers, Nickelodeon announced last summer a strategic shift to a “studio model,” under which its animation studio would produce new and original content for third-parties like streaming services, in addition to the programs that it already makes for its own network.

Among the first major deals it signed was with competitor Netflix. As part of that deal, Nick has already delivered to Netflix the original production Pinky Malinky, which had originally been slated to air on Nickelodeon when the series was greenlit back in 2015. Nick is also producing a live-action adaptation of Avatar: The Last Airbender for Netflix.

In addition to its experimentation with a studio model strategy, Nick has also overhauled its upper-management team in recent months, appointing both a new president (Brian Robbins) and a new executive v-p of animation production and development (Ramsey Naito).

Below is Robles’ full statement that was published on his Instagram page on January 9:

I want to thank you all for reaching out in support of Dan, myself and the Glitch Techs team. To clear any bad air, please know Glitch Techs is not cancelled. As I write this, we are in production, getting amazing animation back from Europe and Asia. Let me also speak from the heart when I say that Nickelodeon Animation has been nothing but supportive in ensuring Dan and myself the freedom to create an original and unique IP in a time where these types of projects are few and far between.

As most of you know, until a show actually airs most studios will only grant a writing pick up for your series and only IF they feel good about the show’s chances. So in our case, we were deeply grateful when Nickelodeon saw fit to pick up an extra half-season production order. This kept our amazing team of artists and designers together longer than we ever could have expected..

As you can guess, producing animated shows, (particularly with ambitious and dynamic action sequences,) can get very expensive. As we hit the new year still being an untested show and with money needed for brand new content, we were told the business decision was for the network to launch our series with 20 gorgeous episodes for you and kids at home to respond to.

Although our crew’s abrupt dismissal this past week was a terrible shock, we remain so grateful for the time they were able to devote to our second season episodes. We can only hope that when the show finally airs and reaches its audience, production on the remainder of our half season (and hopefully more,) can resume.

As a kid growing up, I always dreamt of working and sharing ideas with people as talented as our crew and now I find myself having had the privilege to work with them every single day for the last two and a half years. I cannot express how much fun it has been to create this show and know it is going to have an impact when we share it with the world.
I can’t stress how important it is for our industry to support each other and those who support original ideas. Please keep following me for future updates on Nickelodeon’s Glitch Techs and thank you all for reading this.
Eric “El Glitch Tech” Robles!