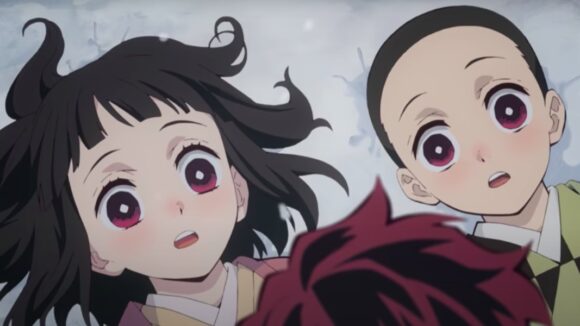 Sales in Japan’s anime industry fell 1.8% on year in 2020, according to a new report by market research firm Teikoku Databank (read it in Japanese here).

The industry’s sales reached 251.1 billion yen (USD$2.3B) last year, down from a record 255.7 billion yen in 2019, says the report (which based its figures on the revenue at 300 surveyed production companies). This drop puts an end to nine straight years of growth. The report blames production and release delays caused by Covid, as well as a decline in the number of tv anime shows being made.

The fall in overall revenue comes despite the release of several blockbusters — notably Demon Slayer — Kimetsu no Yaiba — The Movie: Mugen Train (image at top), which has set a Japanese box-office record by grossing more than 40B yen ($365M).

Average sales per production company came in at 831 million yen ($7.6M), falling for the first time in four years. Large companies with their own IP generally fared better, as they could depend on revenue from streaming and other licensing. Overall, 31.6% saw their sales rise while 48.6% saw them fall. In terms of profit, 31.1% reported an increase in profits, while 29.5% of companies had a drop in profits. Nearly 38% of the companies suffered losses last year.

Meanwhile, anime is globalizing. Of the 300 companies, 68 reported that they have struck business deals with overseas companies. China was the most common international partner (36 companies), followed by South Korea (15) and the U.S. (14).

Tokyo continues to dominate the industry: the capital is home to 270 of the surveyed companies. Small companies are most common, with 109 posting revenue of 100M yen ($910,000) or less and 96 having five employees or fewer. The number of companies founded since 2000 stands at 190.

The report also sounds warnings about systemic issues in the industry. It notes that problems around employment and productivity persist in Japanese studios, then adds that the quality of Chinese animation is rapidly improving, with companies securing top-flight animators (often by offering better pay than Japanese studios) and acquiring know-how by investing in Japanese productions.

These companies could soon rival their Japanese counterparts for supremacy in the industry, the report suggests. As a result, the anime bubble of the 2010s may burst, just as a slump in DVD sales ended a previous boom in 2007. If Japan’s industry is to thrive, the report concludes, there will have to be urgent investment in talent and technological resources.

In November, the Association of Japanese Animations (AJA) published the latest edition of its annual Anime Industry Report, in which it stated that the anime industry grew to 2.5112 trillion yen (USD$24.08B) — an all-time high — in 2019. This number is an order of magnitude larger than Teikoku Databank’s because it follows the AJA’s far broader definition of the industry, which includes the revenue from spin-off businesses.