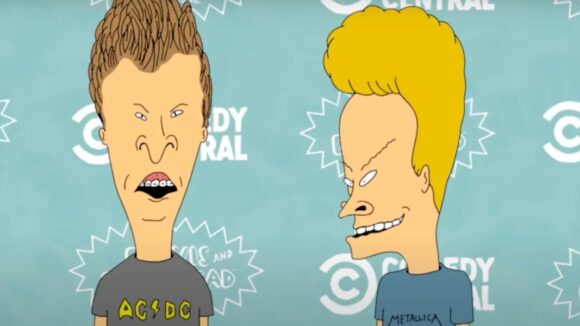 ViacomCBS’s Entertainment and Youth Group has figured out a solution for standing out in a “crowded landscape”: revive shows that were big three decades ago. At the heart of this program is the division’s new Adult Animation Unit, which now has a leader in the form of Grant Gish.

From August 31, Gish will officially be the media conglomerate’s senior vice president, adult animation, entertainment and youth brands. He’s moving there from Disney’s Marvel Studios, where he launched the Adult Comedy and Animation group and developed the forthcoming series M.O.D.O.K. and Hit-Monkey. He was previously at Fox Animation, where he helped develop Bob’s Burgers and oversaw American Dad — two huge hits.

At ViacomCBS, Gish will spearhead a fast-growing slate of original adult animation for channels like Comedy Central and MTV, as well as the company’s streaming platform CBS All Access. In practice, that means bringing back old brands. To quote Chris McCarthy, president of the Entertainment and Youth Group: “In this super crowded landscape, having IP that people feel passionate about brings that audience in.”

Gish elaborated on this vision in comments to CNBC: “As long as you’re doing something new, and that could be anything from a new style to a new tone to a new voice coming from a specific writer, I think it can work … So I want to try a little bit of everything, even though a lot of it will be targeted to the tried and true with brands people know.”

The centerpiece of this strategy is South Park, Comedy Central’s flagship show. ViacomCBS has discussed ideas for new movies and specials in the franchise with its creators Trey Parker and Matt Stone; CNBC reports that details will be firmed up within the next year.

Other revivals in the pipeline include Beavis and Butt-Head, which will be written and produced by original creator Mike Judge; Clone High, which will also bring back creators Phil Lord, Chris Miller, and Bill Lawrence; Jodie, a spin-off from MTV hit Daria; and Ren & Stimpy, which will certainly not involve original creator John Kricfalusi, the object of allegations of sexual abuse and harassment.

Most of these shows are destined for Comedy Central and MTV. But the backdrop to this flurry of new content is the development of CBS All Access, which is due to be rebranded and relaunched as a fully-fledged SVOD competitor next year.

Executives have pitched the new service as a “house of brands,” rooted in its portfolio of channels like Comedy Central, Nickelodeon, and MTV. The reboots are central to that plan. (Note: South Park won’t be on CBS All Access for some time, as it is currently locked into a multi-year licensing deal with HBO Max.)

ViacomCBS well knows how valuable an established adult animation brand can be to a streaming platform. It also acknowledges animation’s “pandemic-proof” production. Its hope is that shows beloved of Generation X will still draw viewers now that they have far more choice of adult animation. Success may hinge on Gish’s promise of “something new,” whatever that means. 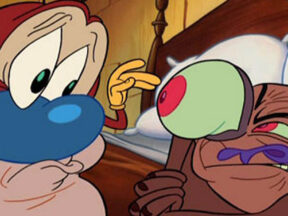