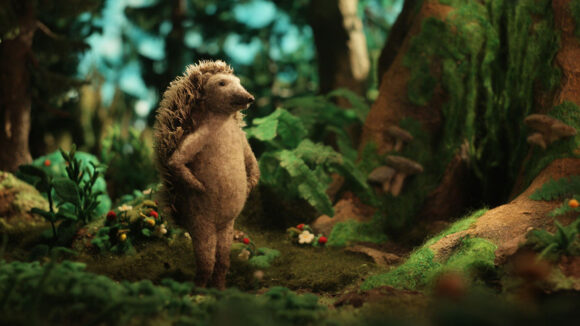 “In a lush and lively forest lives a hedgehog. He is respected and envied by the other animals. However, hedgehog’s unwavering devotion to his home annoys a quartet of insatiable beasts. Together, they march off towards hedgehog’s home and spark a tense and prickly standoff. Based on the classic story by Branko Ćopić, Hedgehog’s Home is a warm and universal tale that reminds us there truly is no place like home.”