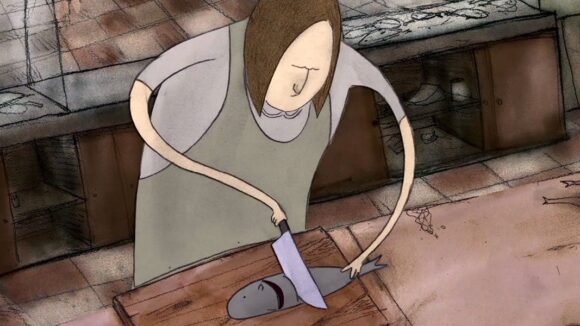 “Sonja lives a lonely life as a fishmonger, more at ease with her fish than her customers, until one day a delivery man turns up who looks like a rainbow trout.”

Graduation film by Yousif Al-Khalifa made at the National Film and Television School, U.K., 2013. Winner of the 2014 BAFTA Best British Short Animation.