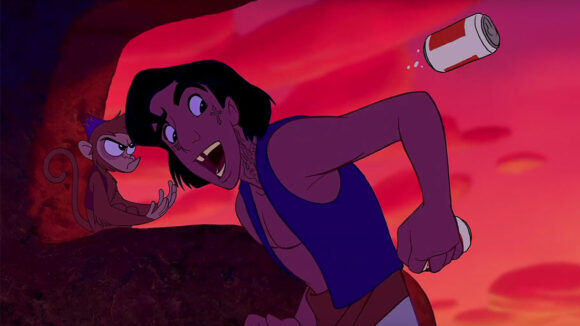 This year, the Walt Disney Company will release three remakes of its hand-drawn animated films: Dumbo, Aladdin, and The Lion King.

The consistent pattern of remaking hand-drawn films into cg and live action could lead the casual observer to conclude that Disney is ashamed of its traditional legacy or feels that its older film’s lack relevancy to today’s audiences. But rather than spending hundreds of millions of dollars to create glossy new versions of its entire film library, what if Disney could find a way to salvage its mothballed classics?

Some Disney fans — they haven’t revealed their identities, but they’ve clearly got skills — have created a trailer for a “street rat” edition of Aladdin that updates the film for Gen Z audiences, while retaining the artisanal craft of the beloved originals. We think it offers a path forward.

Watch the trailer for Aladdin: Street Rat Edition and share your thoughts.