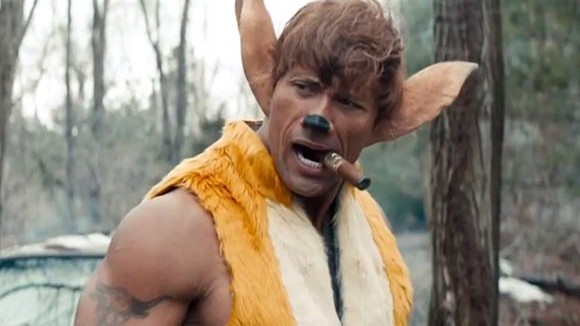 Dwayne “The Rock” Johnson hosted Saturday Night Live for the fourth time over the weekend. SNL took the opportunity to skewer the trend of Disney live-action remakes and reboots with a trailer for a gritty, action-packed version of Bambi.

The clip, which is about as amusing as you’d expect, features Johnson (no stranger to ill-advised Disney reboots) as a gun-toting, out-for-revenge Bambi, Taran Killam as Vin Diesel as Thumper, and some assorted deer-related wordplay that the live audience apparently fawned over.

It’s not the first time SNL has taken aim at the animated classics or Disney in general. In its animated, Robert Smigel-created TV Funhouse segment in 2002, SNL offered up “Bambi 2002,” with the voices of Amy Poehler as Bambi, David Spade as Thumper, and a considerably richer and more inspired array of comic ideas.