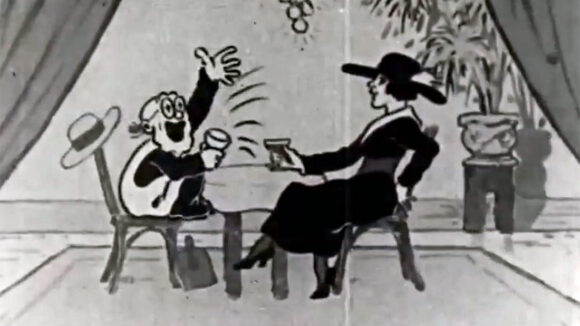 Warnermedia’s Turner Classic Movies (TCM) is gearing up for one of its occasional spotlights on animation, the centerpiece of which is a new documentary on silent animation.

Cartoon Carnival will air on the channel on Saturday, October 2, at 8pm ET/5 pm ET. The feature-length doc tells the story of animation’s development as a medium and an industry in the early decades of the 20th century. Watch the trailer below:

The documentary is directed by Andrew T. Smith and structured around the work of Tommy Stathes, an archivist and historian who has restored many animated films of the period. Focusing on the era before Disney’s rise to fame, Cartoon Carnival touches on key cartoon characters from the 1910s and 1920s, including Bobby Bumps, Farmer Alfalfa, Felix the Cat, Koko the Clown, and Oswald the Lucky Rabbit.

The broadcast will continue with a two-part program of classic shorts from the Fleischer brothers. Stathes curated the program (partly with Steve Stanchfield) and restored several of the films.