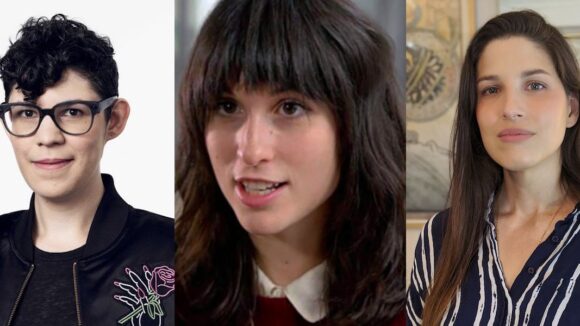 Pixelatl Festival, the Mexico-based meet-up for Latin American and global animation, is going virtual this year, but the shift hasn’t dented the caliber of the guestlist.

The speakers are a typically diverse bunch, with a twist: this edition (September 1–5) focuses on women in the industry. Otherwise, there’s little to unite them — they come from both Latin America and elsewhere, creative and executive backgrounds, industry and indie. The headline guests, most of which Cartoon Brew is unveiling exclusively, include:

The focus on female talent extends to the rest of the program, which includes:

Christian Bermejo, the festival’s artistic director, tells Cartoon Brew that the focus on women was conscious from the start: “Even though the industry is overflowing with female talent, it is not always highlighted.” He adds that the line-up was broadly conceived before the pandemic shift, although the shift to virtual “has made it easier for people that are knee-deep into production to commit a couple of hours of their time to be part of Pixelatl.”

In a normal year, the event draws top talent from the animation, video game, vfx, and comics sectors to Cuernavaca, serving as a crucial bridge between artists from the region and overseas studios and production companies. Aside from the event proper, it also helps run the education conference La Cumbre, the Ideatoon bootcamp and pitching program, and Girl Power: Pitch Me the Future, another pitching event targeted at female creators.

This role as a nexus between Latin America and the rest of the world shapes the organizers’ choice of guests. “Pixelatl is all about connecting,” Bermejo tells Cartoon Brew. “We want to learn from different industries, territories, and profiles, and we want our guests to come and learn about Mexico and Latin America … So it is a subtle combination of attractive names to get the attention of the people, but it’s all about what they have to say and how they can connect with our Latin community.”

For more information about participating in this year’s edition, which is open to participants in any part of the world, head to the festival’s website.