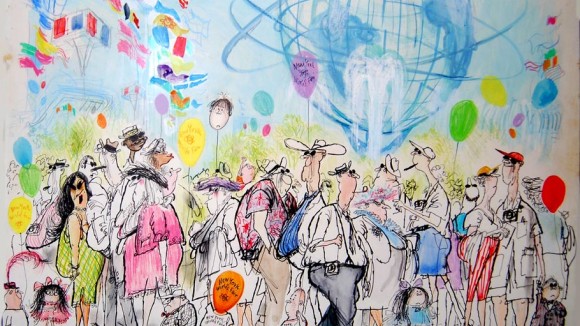 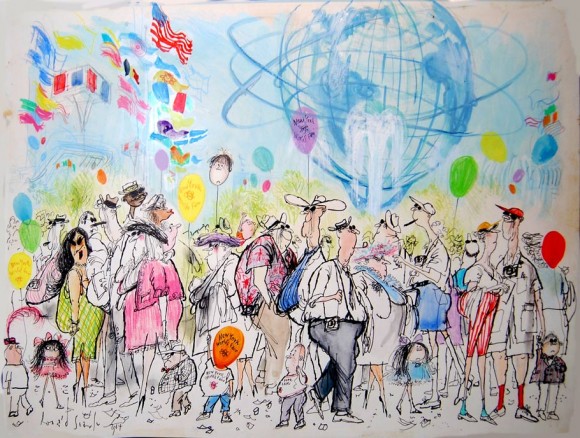 British illustrator Ronald Searle (1920-2011) has had an immeasurable influence on the animation industry. It’s hard to quantify his impact on animation, but if I had to, I would guess that at least a quarter of all the development art created for feature animation nowadays bears Searle’s influence, either indirectly filtered down through other artists like Milt Kahl and Tom Oreb or directly inspired by his work. This staggering contemporary ‘tribute’ to Searle’s art, however, hasn’t done anything to diminish his own prodigious output, which stands apart for its inventiveness and spirit of graphic exploration.

A taste of Searle’s vast body of work is currently on display at the Cartoon Art Museum’s new exhibit, “Searle in America.” The exhibit, which focuses on his reportage assignments in the United States was organized by Pixar story artist and Searle Tribute blog curator Matt Jones. It will be on display through March 30, 2014:

Ronald Searle spent over a decade between the late-’50s and late-60s traveling extensively on reportage assignments for the premier magazines of the day: Life, Holiday, Look, Venture, Travel & Leisure. It was a golden era of illustration, where magazines had sizable budgets to send illustrators to exotic locations and commission substantial spreads of artwork. Searle followed the Nixon/Kennedy campaign trail, drew on the sets of TV shows such as Bonanza, Bewitched and F-Troop. He depicted the Duke of Edinburgh’s Royal Tour. He had his pens freeze while sketching in Alaska and sketched the casinos of Reno, Atlantic City and Las Vegas.

Concurrent with the Searle exhibit, the San Francisco-based Cartoon Art Museum also has a pair of exhibits that focus on more contemporary illustrators: “Sam and Max—Swift and Mirthful Justice: The Art of Steve Purcell” and “Grains of Sand: 25 Years of The Sandman.” Hours and admission prices are listed on the museum’s website. 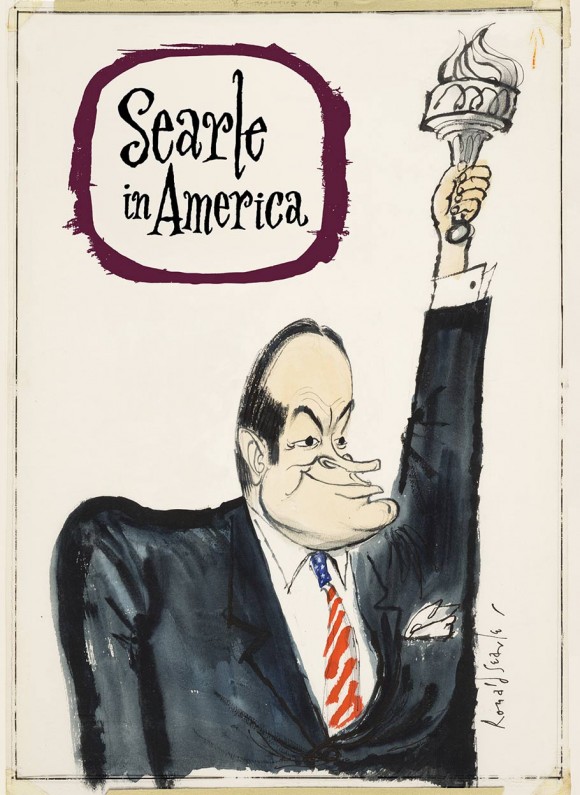 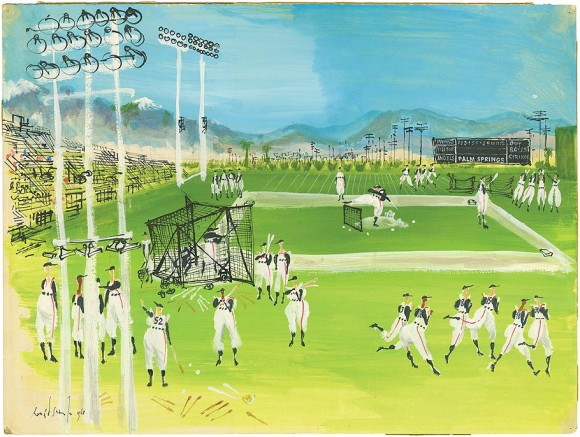 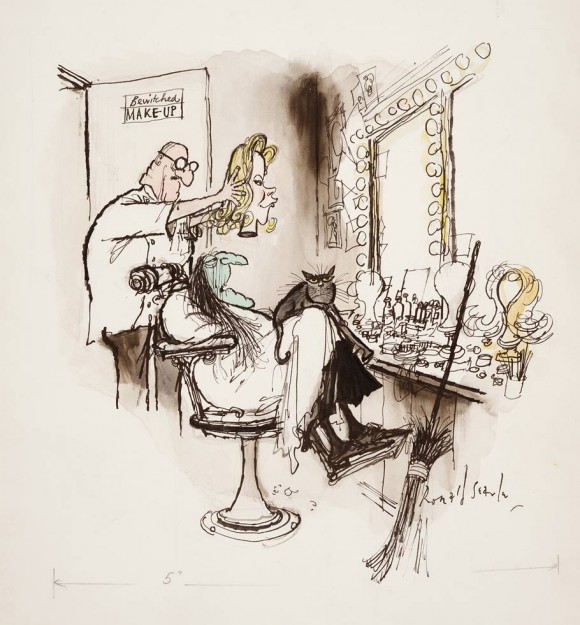 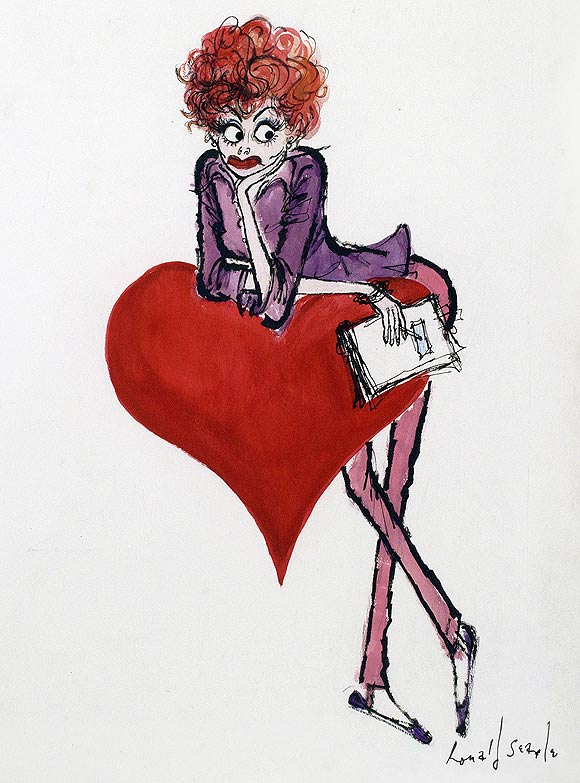