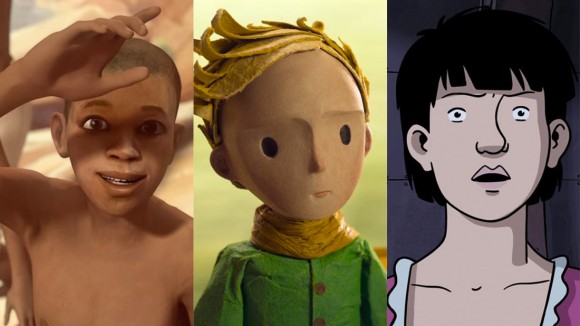 Nominations for the 41st annual César Awards, France’s national film award, were announced last Wednesday. The awards have two animation-related categories, for features and shorts, which are open only to French productions.

Paramount is planning to release The Little Prince in the U.S. next month, while GKIDS has secured North American distribution rights to April and the Extraordinary World for release later this year.

The four nominated shorts were selected from this shortlist of 12 films.

The awards will presented on February 26 at the Théâtre du Châtelet in Paris. Here’s the list of animation nominees: