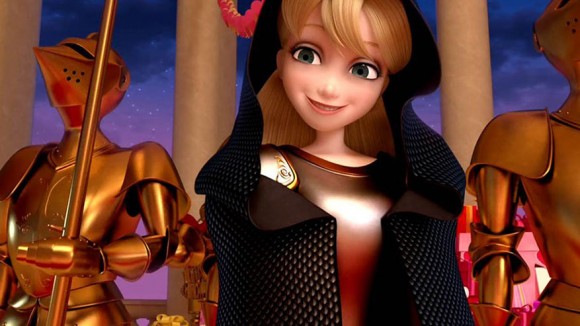 When animation artist Harald Siepermann, known for his character designs on Disney features like Tarzan, Enchanted, and The Emperor’s New Groove, passed away from cancer in 2013, he was in the middle of directing his first feature film project The Seventh Dwarf, based on the successful German live-action franchise.

The CG-animated film, which came out in Germany last year as Der 7bte Zwerg, will be released theatrically in New York and Los Angeles on July 31, 2015 from Shout! Factory Films. The actor Boris Aljinovic shares a co-directing credit with Siepermann on the finished project, which is a mash-up of famous fairytale characters and plotlines. In the film, the youngest of the seven dwarfs, Bobo, accidentally pricks the finger of Princess Rose (aka Sleeping Beauty) with a needle, forcing him and the other dwarfs to travel into the future to find Rose’s true love, Jack, and awaken the kingdom from its slumber.

Shout!’s NY and LA theatrical release strategy suggests that they are qualifying the film for Academy Awards consideration. The company has picked up a lot of foreign animated features over the past year—Maya The Bee, Jack and the Cuckoo-Clock Heart, and Thunder and the House of Magic among them. They are decent titles that one would expect to perform well on the home video/VOD market, but the films won’t come close to replicating the critical success of indie animation distributor GKIDS, whose family film pickups tend to have more artistic merit and broader audience appeal. Judging from the trailer, The Seventh Dwarf appears to follow the same trend: above-average as far as foreign kiddie films go, but hardly anything special.