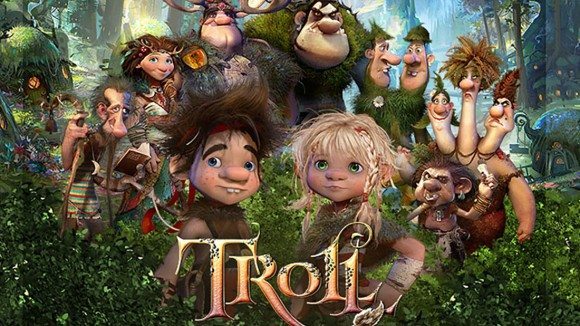 Critics rejected Ratchet & Clank, audiences avoided it like the plague, and even one of the film’s main screenwriters tried to diminish his involvement in the project. But everything has worked out pretty well for the film’s director Kevin Munroe, who’s helming a new feature-length project, Troll: The Tale of a Tail.

Titled The Zhou Rao Kingdom for the Chinese market, the project originates out of China with Canadian and Norwegian co-production partners. Like Dreamworks’ Kung Fu Panda 3, Troll will have two versions, one with animated characters speaking in English and another speaking Chinese. This doesn’t mean that the characters will be dubbed, but rather that the lip sync and facial expressions will be animated twice to match the language being spoken.

First-time director Kristian Kamp will co-direct with the veteran Munroe, who also helmed TMNT, the 2007 theatrical reboot of Teenage Mutant Ninja Turtles. Dreamworks veteran Eric Lessard, an animator on Dreamworks’ Shrek and Madagascar series, is on board to supervise the animation.

A teaser was produced a while back to show what the film will look like. The teaser was directed by Peter Dodd and Kristian Kamp through Quebec City’s Squeeze Animation Studio based on character designs by Jean-Baptiste Monge:

The film’s story, centering around a young troll prince whose father has been turned to stone, is based on the historical literary text Classic of Mountains and Seas (Shan Hai Jing), which often inspires Chinese films, including the recent smash-hit Monster Hunt. “The Book of Mountain and Seas has many wonderful mythological stories from ancient China,” Jian-min Lu, chairman of Spring Era Period Films, told The Hollywood Reporter. “Our hope is to make The Zhou Rao Kingdom the spearhead for a series of top quality 3D animation films based on this famous treasure of classic Chinese literature. Our goal is not only to entertain Chinese children and their parents but children and parents all over the world.”

The producers are aiming for a Christmas 2017 release in both China and the United States. Global Genesis Group will handle worldwide theatrical sales outside of China.