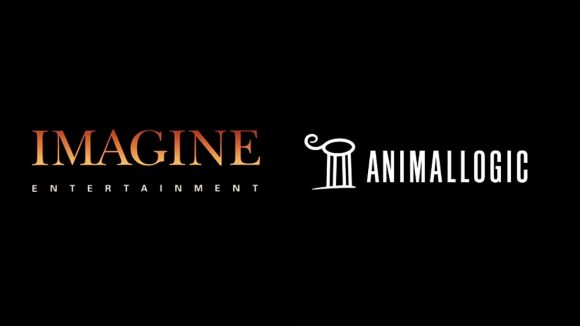 Who needs live action when you’ve got animation? That’s what a lot of traditionally live-action producers are probably saying, as they turn their focus toward animation.

Imagine’s plans were revealed on Monday, and they are ambitious. The 31-year-old production company has teamed up with Australian animation studio Animal Logic, makers of films in The Lego Movie franchise and Happy Feet, to develop, produce, and finance six animated and hybrid family-oriented movies over the next five years.

Imagine plans to produce movies that cost around $75-85 million, which is roughly “mid-range” for Hollywood animation and similar to the cost of films from Illumination, Sony Pictures Animation, and Warner Bros. Animal Logic, which has a second production studio in Vancouver, Canada, uses production incentives and tax rebates from the Australian and Canadian governments to lower its production costs.

Why the sudden push into animation for Imagine? “The animation space consistently outperforms other genres and we wanted to enter into that space by partnering with a company that is at the forefront of creative and technical achievement,” said Grazer in a statement.

Animation is indeed profitable. A few days ago, Deadline concluded its most profitable films of 2016 series, and four of the ten most profitable films last year were animated (five if you count The Jungle Book). That’s a remarkable success rate considering the relatively few animated films that are released in comparison to live action.

While Imagine produced blockbusters like Apollo 13, Liar Liar, 8 Mile, and A Beautiful Mind during its heyday, it has struggled in recent years to replicate those earlier successes. The company has always wanted to enter animation, but the high cost of production limited it to just a couple of 2D Curious George animated features and accompanying tv series. “We’ve always had an interest in animation,” Grazer told the LA Times. “It was, at that time, prohibitively expensive… but when this [opportunity] came about, it was a perfect chemistry.”

Imagine plans to have its first animated feature ready for theatrical release by late 2019. It has not revealed what it is developing, though Ron Howard (Frost/Nixon, A Beautiful Mind, Apollo 13) is expected to direct at least one of the movies.

Imagine and Animal Logic will raise outside equity financing to fund 50% of the production and development for the films.

Many live-action producers underestimate the amount of work required to craft solid animated films, and Imagine’s timeline is alarmingly ambitious. A new production outfit can take anywhere from three to five years to deliver its first production. Clearly, Imagine has an advantage in that Animal Logic is already set up for production, but Imagine must still ramp up pre-production staff to develop these six productions, while delivering its first film just two years from now.

“We could not have hoped for a more perfect collaboration than with Ron, Brian, and the Imagine team to bring a slate of engaging and inventive stories to family audiences around the world,” said Animal Logic CEO Zareh Nalbandian. “We are inspired by the potential of our combined slate of projects and the strong relationships and material we will bring to our partnership. We have a tremendous opportunity to inspire the next generation of family audiences with groundbreaking and captivating content driven by our common passion for great storytelling.”