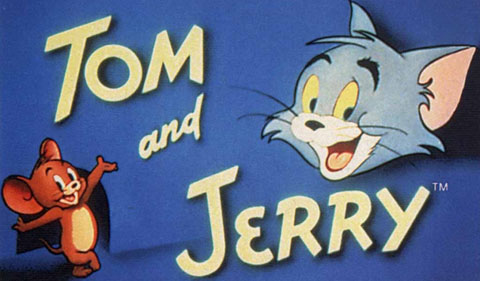 Here we go again! Variety is reporting today that Warner Bros. is planning to turn Tom and Jerry into its own Alvin and the Chipmunks-like family franchise.

Plans are to bring the constantly warring cat and mouse to life as CG characters that run around in live-action settings.

Studio-based Dan Lin will adapt the classic Hanna-Barbera property as an origin story that reveals how Tom and Jerry first meet and form their rivalry before getting lost in Chicago and reluctantly working together during an arduous journey home. Eric Gravning is penning the script.

Warners owns the rights to Hanna-Barbera’s slate of popular animated properties and has several of them in development for bigscreen adaptation. Those include Robert Rodriguez’s version of The Jetsons and producer Donald De Line’s Yogi Bear.

It worked for Warners before (i.e. Scooby Doo), so adapting Hanna Barbera’s Tom & Jerry sounds logical, but its something that has to be very carefully approached.