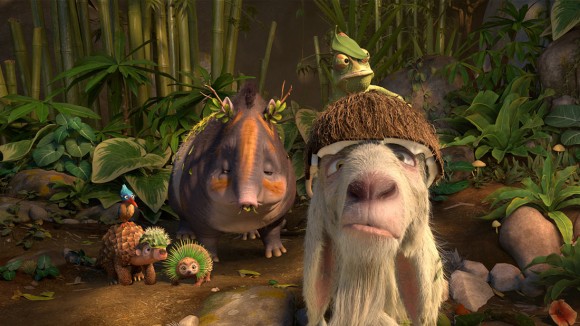 Did anyone ask for another animated feature this year with lots of sassy, gabbing cartoon animals? Lionsgate doesn’t care. They’re going to release The Wild Life into U.S. theaters on September 9, 2016, through their Summit Entertainment label:

The Wild Life is actually the Belgian feature Robinson Crusoe, retitled for American audiences. In this loose adaptation of Daniel Defoe’s tale of a castaway marooned on an island, Crusoe must team up with a bunch of animals to defeat a couple of savage cats who are trying to take over his tropical home.

Ben Stassen and Vincent Kesteloot directed at nWave Pictures (The House of Magic, Fly Me to The Moon), which produced the pic with Studiocanal. It opened last month in Germany, and has grossed a respectable $4.6 million to date in that country.

Lionsgate released Norm of the North earlier this year to the tune of $17m box office gross. They also released last year’s Shaun the Sheep Movie, an Aardman production that earned $19.4m in U.S. box office, as well as an Oscar nomination.