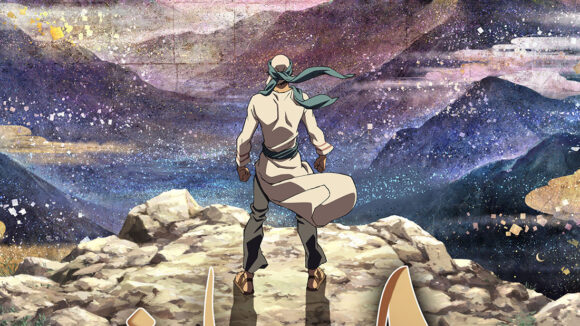 Could Mohammad bin Salman, the crown prince of Saudi Arabia, become the Walt Disney of the Arab world? Things seems to be heading in that direction as various organizations he controls increase their investment in animation production and the country loosens its ban on movie theaters. Just don’t give any of Salman’s animated films a bad review since he’s been known to have his critics chopped up into bits and pieces.

Manga Productions, a subsidiary of Salman’s Misk Foundation that uses animation to “promote Saudi ideas and messages internationally,” announced today its first feature-length animated film, The Journey. It will be a co-production with Japan’s Toei Animation, expanding on a 2017 pact between the two companies that has already resulted in a short film, The Woodcutter’s Treasure, and a 13-episode tv series, currently in production.

The Journey will be directed by Kobun Shizuno (Detective Conan films, Knights of Sidonia). It is described as “an epic tale…with a goal to present the ancient civilizations of the Arabian Peninsula and Middle East, in an attractive, high-end, and commercial form of animation that is universally enjoyed by children and families of all generations.”

The film will follow the story of Aws, a potter with a secret past:

The men of the city humbly armor up themselves to protect their city which never been exposed to war, the drive motivates them to cherish everything they love in the city. Except, this fight will not be Aws’s first battle. Aws, the simple potter who lives among his and his wife’s family. He has a secret past that no one knows about. Will the citizens win the battle, with nothing but their simple defenses and their love for their city and their people in order to defeat the colossal army against them?

Manga Productions, which conceived the main idea and concept, is fully financing the project and holds worldwide distribution rights. It will collaborate with Toei on pre-production, with both Saudi and Japanese artists contributing to story development, character design, backgrounds, and other production assets.

Animation on the feature will be done in Riyadh, where Manga Productions is located, and Tokyo, where both Toei Animation and Manga’s satellite studio are located. Production is expected to take 27 months, employing 330 people.

“The Journey is a milestone project for Manga as it demonstrates the realization of our mission to become the regional leader and a global pioneer in the values driven content space,” said Manga CEO Essam Bukhary. “What we are doing here with The Journey is representative of our larger role in creating the ecosystem throughout Saudi Arabia and the Arab world, in which young talents are given opportunities and are supported, and high quality work representing our culture is produced.”