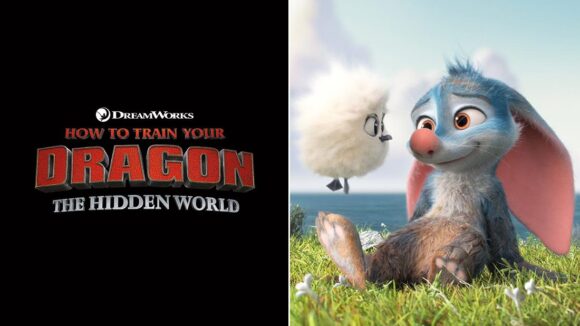 Dreamworks Animation is going all-out for the upcoming 42nd edition of the Annecy animation festival in France. The studio announced today an ambitious slate of programming for the festival, headlined by a behind-the-scenes presentation of the studio’s culminating film in the How to Train Your Dragon trilogy.

Officially titled How to Train Your Dragon: The Hidden World, the film’s director Dean DeBlois will appear at Annecy on Thursday, June 14, in the festival’s main venue, the Bonlieu Theater, to discuss the 2019 release.

“As well as being a major artist, Dean DeBlois is a longtime friend of Annecy,” said Marcel Jean, artistic director of the Annecy festival. “The How to Train Your Dragon franchise is closely linked to our festival and this is why we are eager to offer our audience the chance to preview footage from the film.”

Bird Karma is described as a “long-legged bird’s journey of blissful joy, inescapable greed and the accidental discovery of the consequences when too much is not enough,” while Bilby tracks “a lonesome bilby, threatened daily by the deadly residents and harsh environment of Australia’s Outback, who finds himself an unwitting protector, and unexpected friend, to a helpless (and quite adorable) baby bird.”

“Annecy has established itself as the premiere animation festival of the world, and we are extremely honored to be included in its line-up with our first two short films and work-in-progress footage from How To Train Your Dragon: The Hidden World this year,” said Chris deFaria, president, DreamWorks Animation Film Group. “It’s always a thrill for our filmmakers and artists to show their work to Annecy’s knowledgeable and appreciative audience.”

Two other Dreamworks programs will round out the company’s events at this year’s edition.

To commemorate the 20th anniversary of DreamWorks’ The Prince of Egypt (the studio’s second feature), a fully remastered print of the film will be presented at Annecy. The date for the screening is to be announced.

And on Tuesday, June 12, from 9:00-10:30am at the Impérial Palace hotel, Dreamworks Animation Television will present “A Conversation with Rodrigo Blaas,” as part of the Mifa Campus. Blaas, the supervising director and executive producer of Dreamworks Trollhunters will talk about developing the series and share the path that led him to Dreamworks. He’ll also offer a sneak peek of the upcoming Netflix original series 3 Below, the next chapter in Guillermo del Toro’s Tales of Arcadia trilogy.