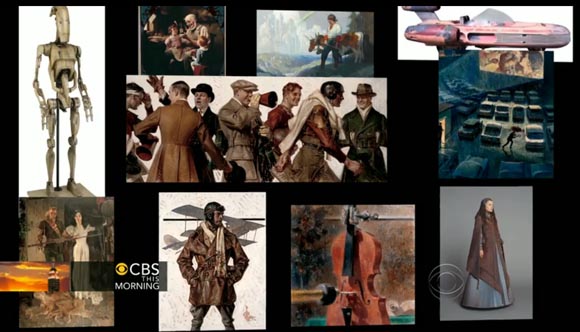 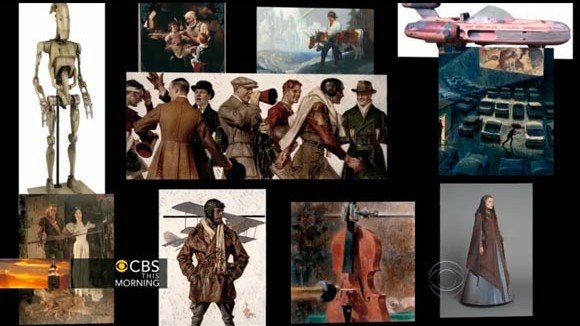 George Lucas’s next big project is thrilling: a museum dedicated to the popular arts such as illustration, comics, film design and animation. According to an interview with CBS, he initially plans to rotate his personal art collection which numbers thousands of pieces, and includes works by Maxfield Parrish, N. C. Wyeth, and Norman Rockwell.

Lucas hints that he’s looking to base the museum, the Lucas Cultural Arts Museum, in San Francisco’s Presidio Park, which is not only where ILM is located, but also the site of Diane Disney Miller’s fantastic Walt Disney Family Museum. [UPDATE: Brew reader ‘Bell’ notes that Lucas has already confirmed he is eying the Presidio. Lucas submitted a concept proposal—he is one of sixteen contenders—for an empty site at the Presidio earlier this month. You can download the entire 30-page Lucas Cultural Arts Museum proposal in PDF form (4.2MB). Wonderful stuff.]

This is the part of Lucas’s interview that gets me really excited:

It appears that Lucas may finally be creating the high-profile popular art museum that America sorely lacks. Last night, I attended the opening of the Harvey Kurtzman retrospective at the Society of Illustrators—a must-see show by the way—and was shocked to realize that even an artist as vastly influential as Kurtzman has never been the subject of an exhibit at a major American art museum. Gilbert Seldes argued nearly 90 years ago in his book The Seven Lively Arts that comics and film are deserving of the same criticism and acknowledgement as more established arts, but museums have been abysmally slow in recognizing illustration, film production design and animation as legitimate art forms. Thankfully, we have George Lucas on our side now.