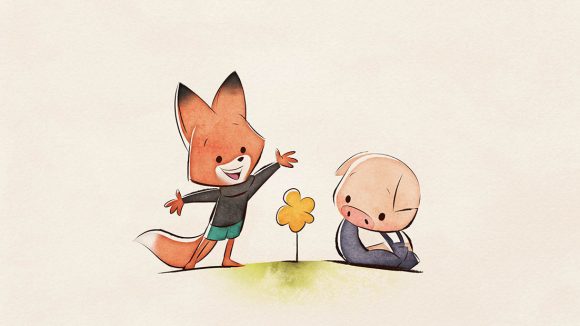 Tonko House, the studio founded by filmmakers Robert Kondo and Dice Tsutsumi, has partnered with Hulu in Japan to co-produce a short-form series based on the characters from their 2015 Oscar-nominated short, The Dam Keeper.

Tonko will produce 10 five-minute episodes centering on the friendship between the main characters from the short, Pig and Fox. The series will begin airing on Hulu Japan in the summer of 2017. (Hulu Japan is owned by Nippon TV and operates separately from the U.S.-based company, which is a partnership between Disney, 21st Century Fox, NBCUniversal, and Time Warner.)

Erick Oh, who served as the animation supervisor on the original Dam Keeper short, recently left Pixar, where has was an animator on Monsters University, Inside Out and Finding Dory among other films, to join Tonko House. He will direct the series in-house at Tonko’s Berkeley, California headquarters. Kondo and Tsutsumi will serve as executive producers.

An executive at Hulu Japan who was enthusiastic about The Dam Keeper initiated discussions about creating a project with the characters from the film. “I have to tip my hat to Hulu Japan for really trusting and wanting to work with us [instead of] going with a well established franchise,” Tonko’s Dice Tsutsumi told Cartoon Brew.

Early discussions with Hulu Japan focused around a half-hour special, but when the idea shifted to doing a short-form series, Kondo and Tsutsumi turned to Erick Oh, who has made numerous award-winning independent shorts of his own, such as Heart and Way Home. “We felt like Erick would protect this franchise, and yet he would bring a different kind of a flavor to it,” Tsutsumi said. “There’s nobody else that we trust more than Erick, and we would not have done this project if he hadn’t signed up for it.”

Tsutsumi explained that while the series is self-contained, it will follow the same core theme as the rest of Dam Keeper projects (including a feature film currently in development), which is about dealing with the light and dark inside yourself. Oh, who trained as a traditional animator, will make the series as a hand-drawn project, and according to Tsutsumi, the series will highlight Oh’s line quality and watercolor style. A promo image that shows the style of the series can be seen at the top of this article. 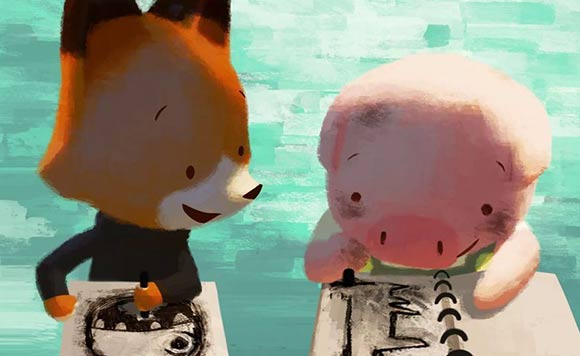 “I’m very grateful for this opportunity to introduce The Dam Keeper world and characters to a different storytelling platform,” Oh said. “This 10-episode TV series focuses on Pig’s emotional journey to overcome his fear and emptiness through his friendship with Fox and their friends. My hope is that it will be heartfelt, humorous and sincere enough to bring laughter and tears to the audience.”