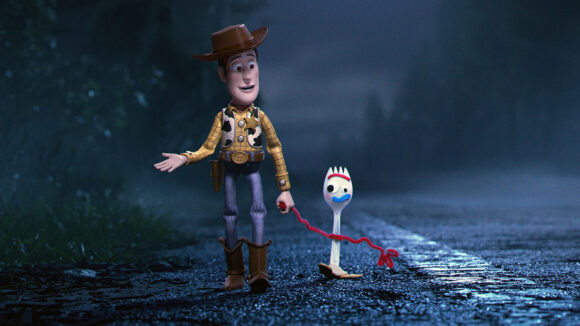 We first learned that Toy Story 4 director Josh Cooley, 40, had left Pixar last month with the news that he would direct an animated Transformers feature for Paramount Animation.

The Transformers news wasn’t accompanied by any kind of statement about his decision to leave Pixar. But earlier this week, Cooley finally made a public statement about leaving the studio after 17 years. Cooley’s comments accompanied the news of a second post-Pixar project: a live-action adaptation of Thomas Taylor’s children’s book Malamander, which is set up at Sony Pictures.

“Creating films and telling stories at Pixar for 17 years has been a dream. The quality of our storytelling was a direct correlation to the quality of the people at Pixar who shaped those stories together, and they will always be my family. And while it was a hard decision to leave, I am so excited to jump into and create new worlds with new collaborators and partners. There are so many stories that I want to tell, and I hope to bring some of that Pixar magic with me wherever I go.”

According to THR, Cooley, who also co-wrote the screenplay for Inside Out, exited the studio in mid-March, and “quietly signed with CAA and Grandview.” The publication reported that several animation studios tried to hire Cooley, but he “decided to bet on himself.” In addition to CAA and Grandview, Cooley is also repped by Jackoway Austen.

Cooley is not the only key figure at Pixar to leave after an Oscar win: Pixar veterans Lee Unkrich and Darla Anderson, the respective director and producer of Coco, both left the studio following their Oscar win in 2018.