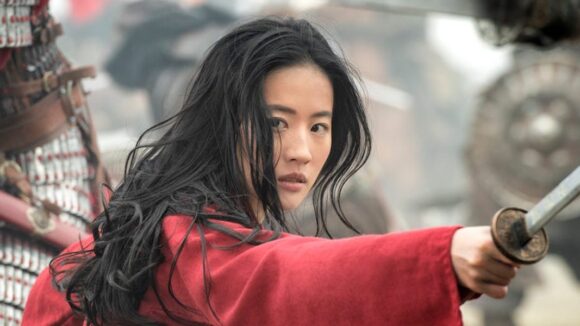 So far, the coronavirus has prevented the release of Mulan, shoving its release ever deeper into the summer. If protesters in South Korea have their way, it won’t ever come out.

Students and civic groups in the country have declared a boycott of Disney’s live-action remake, protesting comments made by its star.

Liu Yifei, the Chinese-American actor also known as Crystal Liu, caused an international storm last year after her coming out in support of the Hong Kong police force during pro-democracy protests in the territory.

The Korean protesters held a rally outside Disney’s offices in Seoul. The Yonhap News Agency reports them as saying: “As someone who contributed to suppressing the people of Hong Kong, [Liu] cannot become the protagonist of Mulan, which is a story about overcoming discrimination.”

Calling on Disney and theaters to halt the film’s release, they added, “There is no slot for a movie that turns a blind eye to national violence in the movie scene in this country, which had supported the Hong Kong democracy movement.”

Last August, Liu posted to her 65 million followers on Weibo, China’s massively popular social media platform. “I support Hong Kong’s police,” she wrote. “You can beat me up now. What a shame for Hong Kong.” Her comments provoked an international uproar — the police’s heavy-handed tactics had been condemned by the U.N. and rights groups — and #BoycottMulan started trending on Twitter.

The controversy has been renewed now that the film’s release date is approaching and protests in Hong Kong are intensifying. Last week, a sweeping new national security law was passed, strengthening China’s powers to crack down on dissent in the territory. The law has been criticized by the U.S., Europe, and Australia. #BoycottMulan was trending again in Thailand last week.

Liu’s co-star Donnie Yen, who plays Commander Tung, has added fuel to the fire by tweeting and retweeting pro-China comments over the past week. In a now-deleted tweet, Yen commemorated the handover of Hong Kong to China and recalled the “memorable night” when he performed for Chinese president Xi Jinping.

This isn’t the only controversy Mulan has faced. Earlier this year, it was revealed that General Li Shang, a character in the 1998 animated original, has been cut from the remake, owing to perceived sensitivities around the power dynamic in his relationship with Mulan. This news angered some, who argued that there was nothing wrong with their relationship, or that Li Shang is in fact a bisexual icon (he arguably has feelings for Mulan when she’s in the guise of her male alter ego).

The film’s U.S. release is currently scheduled for August 21.