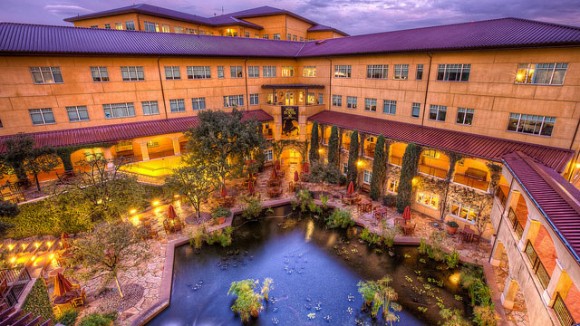 If selling $175 Richie Rich hoodies doesn’t work out for them, DreamWorks Animation may have found a viable business: real estate.

Five months after the animation studio sold its 15-acre Glendale campus to SunTrust Banks for $185 million, SunTrust has flipped the property to Griffin Capital for $215 million, a cool profit of $30 million.

Despite a string of money-losing movies that encouraged the animation company to sell its campus in the first place, the studio’s 5-building, 460,000-square-foot Tuscan-inspired campus is turning out to be a consistent moneymaker. According to Variety, DreamWorks has a 50/50 profit sharing agreement with SunTrust that allows them to partake in the additional proceeds of the resale.

After announcing a quarterly loss of $263 million last February, DreamWorks sold its campus to SunTrust, and as Cartoon Brew reported in March, SunTrust began the process of flipping the property immediately after buying it, initially listing it for $250 million.

The new buyer, Griffin Capital’s Essential Asset REIT, based in El Segundo, California, lists “blue chip” tenants across America that include Comcast/NBC, Wells Fargo, Coca-Cola and other major corporations. “We are very happy to add this iconic … headquarters campus and to be associated with one of the leading companies in the animation world,” real estate investment trust’s president Michael Escalante told the Los Angeles Times.

DreamWorks remains the property’s tenant, annually shelling out $13.2 million for a 20-year lease, with a renewal option every five years. Its annual rent also includes a provision for a 1.5% increase per year.