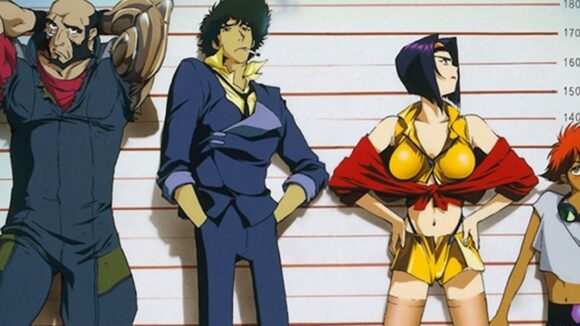 Keiko Nobumoto, whose writing credits include some of the best-loved anime shows and films of recent decades, died from esophageal cancer on December 1, aged 57.

A prominent woman in an industry dominated by men, Nobumoto worked on series such as Cowboy Bebop (1998) and films like Tokyo Godfathers (2003), populating her scripts with characters of rare depth.

Nobumoto followed an unusual path into the animation industry. Born in Hokkaido, she first worked as a nurse before finding a job as a secretary at an anime company. But she was already honing her skills as a writer, studying under Dragon Ball scribe Takao Koyama. In 1989, she won a screenplay prize run by Fuji Television.

Nobumoto’s early scripts were for live-action shows; she would continue working in this world later in her career. Her big anime break came when director Shinichiro Watanabe hired her to write on Macross Plus (1994–95), a well-received follow-up to the original series. She also wrote the novelization, as she would on future series she worked on.

Macross Plus forged a partnership between Watanabe and Nobumoto that would flourish with their next collaboration, sci-fi masterpiece Cowboy Bebop. Nobumoto was credited with “series composition,” a role that contains elements of showrunning and means oversight of narrative development. She also wrote nine episodes and came up with the show’s title, which was partly suggested to her by the Jamiroquai song “Space Cowboy.”

Reflecting on the show’s huge popularity in 2018, Nobumoto told Anime News Network, “Director Watanabe’s rhetoric was, ‘Let’s make something we want to see.’ Our target audience was not kids, but ourselves and our peers. The truth is that kids want to watch what adults are watching. And so, that was perhaps one of the reasons why it attracted a broad audience.”

After writing the script for spin-off feature Cowboy Bebop: The Movie (2001), Nobumoto moved onto her most famous film project, Satoshi Kon’s Tokyo Godfathers. The script, which she wrote with Kon, marked a change from the director’s previous movies: the subject this time was not the tumultuous inner life of a woman, but the plight of homeless people on the streets of the Japanese capital at Christmas. It also marked a departure for Nobumoto, whose previous anime work had chiefly been in the sci-fi genre.

Meanwhile, Nobumoto was busy working a show of her own: Wolf’s Rain (2003), a complex work of dark fantasy about humans who can transform into wolves. It was well received, but would be the only series she ever created.

Nobumoto was less prolific in anime after that, although her partnership with Watanabe endured: she wrote scripts for his Samurai Champloo (2004–05), Space Dandy (2014), and Carole & Tuesday (2019). She also worked in gaming, serving as scenario supervisor on Square’s Kingdom Hearts (2002).

Nobumoto’s death was announced on Facebook by fellow writer and regular collaborator Dai Sato, who paid tribute to her: “She was someone who personally guided me — she was like a teacher to me.”