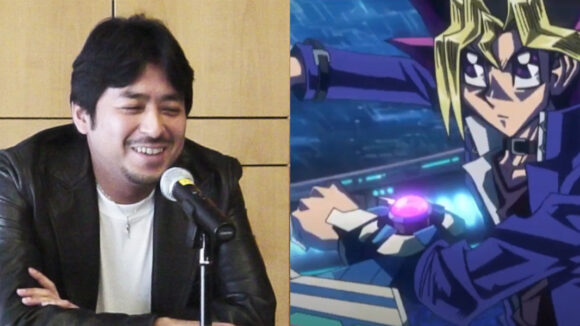 Kazuo Takahashi, who used the pen name Kazuki Takahashi, creator of the Japanese manga series Yu-Gi-Oh! which spawned a hit global franchise of card games, anime, toys, video games and spin-off manga series, was found dead on Wednesday at the age of 60.

Japanese broadcaster NHK reported that Takahashi’s body was found by the Coast Guard about 1,000 feet from shore in Nago, Okinawa Prefecture. Reports stated that he was found wearing a snorkel mask and fins, and an investigation into the cause of death is currently underway. The Coast Guard connected the body to Takahashi when his rental car, reported missing by the company, was found about seven miles from the body.

Takahashi’s original Yu-Gi-Oh! manga series ran from 1996-2004 in the Weekly Shonen Jump. The manga was then adapted in 1998 as an anime series of the same name by Toei Animation, followed by a feature release in March 1999.

The Yu-Gi-Oh! series that most fans are familiar with is the 2000 adaptation Yu-Gi-Oh! Duel Monsters, more popularly known outside of Japan as simply Yu-Gi-Oh!, which was animated by Studio Gallop. The franchise now includes 11 series, counting spin-offs, and four features. Takahashi regularly contributed to Yu-Gi-Oh! series, films, and video games, and is a credited storyboard artist on the 2016 feature Yu-Gi-Oh!: The Dark Side of Dimensions.

The franchise is best known, however, for the collectable card game Yu-Gi-Oh! in which players go head-to-head in a series of duels. The game was originally published as a one-off franchise tie-in by Bandai and later by Konami, but went on to become one of the most successful trading card games of all time.

Takahashi continued to supervise the manga over the years and wrote and drew other works including Drump in 2013 and The Comiq in 2018, both published in Weekly Shonen Jump. In 2015, Takahashi received Comic-Con International’s Inkpot Award, recognizing an individual who has made outstanding contributions to comics, science fiction and fantasy, film, television, animation, and fandom.

He had also worked with Marvel recently on Secret Reverse, a manga team-up of Iron Man and Spider-Man, which was released by Viz Media last month.

Marvel is saddened to learn about the passing of visionary manga creator Kazuki Takahashi who graced the Marvel Universe with his imaginative storytelling earlier this year. Our condolences go out to his family, friends, and many, many fans worldwide. pic.twitter.com/NsGHXdSJIX

It has been our privilege to be Kazuki Takahashi Sensei's publisher for 20 years. We and his many fans are deeply saddened by the news and will miss his indomitable spirit, energy, and commitment to storytelling. His Yu-Gi-Oh! legacy and impact will forever endure. pic.twitter.com/qt3klvSj9r

Pictured above: Kazuki Takahashi, “Yu-Gi-Oh!: The Dark Side of Dimensions”