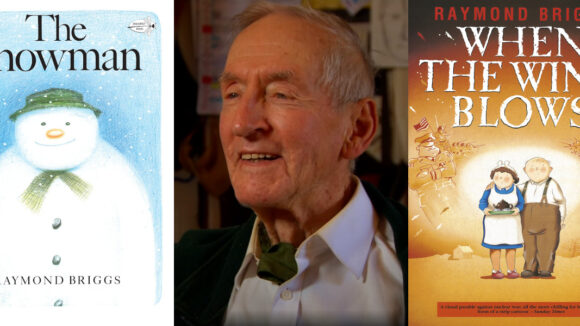 British illustrator, graphic novelist, and author Raymond Briggs has died. His works were often turned into animated projects. He was 88.

“We know that Raymond’s books were loved by and touched millions of people around the world, who will be sad to hear this news,” his family said in a statement released by Briggs’ publisher Penguin Random House. “Drawings from fans — especially children’s drawings — inspired by his books were treasured by Raymond and pinned up on the wall of his studio.”

“He lived a rich and full life, and said he felt lucky to have had both his wife Jean, and his partner of over 40 years Liz in his life,” the statement continues. “He shared his love of nature with Liz on South Downs walks and on family holidays to Scotland and Wales. He also shared his sense of fun and craziness with his family, and with his family of artist friends – at get-togethers, fancy dress parties and summer picnics in the garden.”

“He played practical jokes and enjoyed them being played on him. All of us close to him knew his irreverent humor – this could be biting in his work when it came to those in power. He liked The Guardian editorial describing himself as an ‘iconoclastic national treasure,’” the statement finished. No cause of death was included.

Briggs was born in 1934 and went to grammar school in Wimbledon. At 15, he enrolled in Wimbledon Art College with the intention of learning to draw cartoons. In a 2004 interview with The Guardian, he recalled that his desire to do commercial art horrified many at the school, but he remained undeterred. After fulfilling his national service, he enrolled in the Slade School of Fine Art in London. After his time there, he quickly found work illustrating for magazines, advertising agencies, and books.

By the 1960s, he began to work on his own stories, disillusioned by the quality of the work he was being commissioned with and sure he could do better on his own. His first published piece was The Strange House in 1961. A few years later, he was winning prestigious national awards for his art.

Briggs is perhaps best known, though, for creating the picture book which would eventually become the Oscar-nominated short The Snowman, a holiday classic that still plays each year on Channel 4 in the U.K. The Snowman was originally created by Briggs in 1978 as a wordless picture book before being adapted for tv in 1982. It was nominated for the Academy Award for best animated short film and won a BAFTA TV Award for best children’s program.

His 1982 graphic novel When the Wind Blows proposes an alternate history in which a Soviet nuclear attack on Britain forces a retired couple to fight for survival in the resulting fallout. The book was adapted as a 2d-stop-motion hybrid feature by Jimmy Murakami in 1986.

In 1988, he published the graphic novel Ethel & Ernest, the story of his parents’ 43-year-long relationship before they died in 1971. In 2016, the book was adapted as a feature film by Roger Mainwood for Lupus Films. It would go on to play at festivals around the world, appearing in competition at Annecy and scoring a European Film Award nomination.

We are very sad to hear that Raymond Briggs died yesterday. He was such a wonderful inspiration to us and so incredibly encouraging when we produced The Snowman sequel The Snowman and The Snowdog and an animated feature film adaptation of his graphic novel Ethel & Ernest. Raymond’s eye for detail was phenomenal and he conveyed such truth and honesty in his very economical yet intricate drawings. Importantly, he was also a kind and generous person with a playful sense of humour. RIP Raymond, we will miss you very much.

Pictured at top: Book covers for “The Snowman” and “When the Wind Blows,” and Briggs speaking with BBC Newsnight in 2017