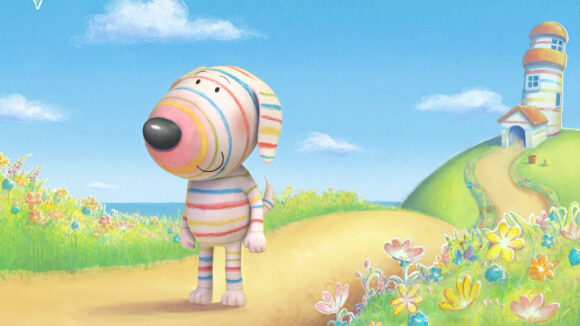 Warnermedia is beefing out Cartoonito’s slate ahead of the new preschool block’s launch in the fall.

The company has announced four new series destined for the block, which will be available on HBO Max and Cartoon Network. One, Dylan, is a greenlight; the others, Bing, Odo, and Pocoyo, are acquisitions. See below for more details.

Cartoonito was unveiled at Warnermedia’s kids and family upfront presentation in February. The block will have 20 new series at launch, aiming for 50 shows within two years, in addition to thousands of hours of legacy shows and global acquisitions. The block is said to be based on “Humancentric Learning,” a proprietary preschool educational framework developed by the network.

“Cartoonito is designed to be a thoroughly modern preschool brand, both by leaning into our iconic content and by inviting fresh new voices in. We’ll make high-quality, authentic stories that kids and parents can enjoy together,” said Amy Friedman, Warner Bros.’s head of kids and family programming, at the upfront. This approach “will ensure that kids embrace and celebrate their differences and everyone else’s.”

Below are details of the four new series:

Dylan (image at top) is a cg-animated interactive comedy about an imaginative dog who is eager to play-pretend every career, from a train conductor to a nurse to an astronaut. A CBC original series, Dylan is developed by Canada’s 9 Story Media Group and produced by 9 Story’s Toronto-based animation studio Brown Bag Films.

Bing is about a lovable, authentic preschooler who lives in the present moment, experiencing life’s unpredictable moments with his friend Flop. The series has earned an Emmy and a BAFTA nomination, among other honors. It is produced by the U.K.’s Acamar Films in association with Brown Bag Films, and based on the bestselling books written and illustrated by Ted Dewan.

Odo is about the titular owl, one of the littlest campers at the Forest Camp for Young Birds. With gender-neutral appeal, the series deals with important themes such as immigration, racism, and respect for others. It is created by Colin Williams and produced by the U.K.’s Sixteen South and Poland’s Letko.

Pocoyo is about a curious little boy discovering the world around him, accompanied by his best friends Pato, Elly, and Sleepy Bird. The series has won a BAFTA and Annecy Cristal, and is created and produced by Spain’s Zinkia Entertainment.