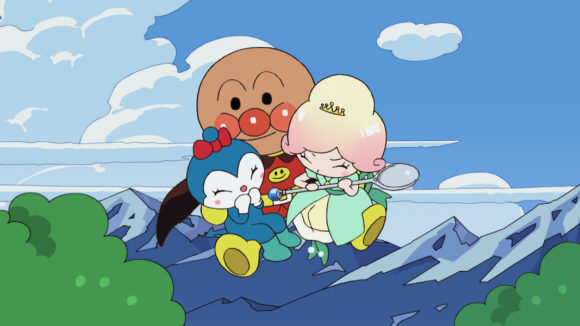 Anpanman, the caped Japanese superhero with a pastry for a face, is flying over to North America. TMS Entertainment’s anime franchise has arrived on Tubi, Fox Entertainment’s ad-supported platform.

Tubi will start by streaming ten Anpanman films, the first of which, Apple Boy and Everyone’s Hope, is already available. The movies will play in the U.S., Canada, Australia, New Zealand, and Mexico, in English and Spanish dubs.

Anpanman is a defender of justice, and his head happens to be made out of a roll stuffed with sweet bean paste, known in Japan as an “anpan.” The character, who was created by Takashi Yanase, is omnipresent in his homeland, where he has starred in picture books, manga, the long-running anime series Soreike! Anpanman, and dozens of spin-off films, and adorned countless items of merchandise. (As someone who has taken an Anpanman-branded train in Japan, I can attest to his popularity in the country.)

“Anime fans of all ages can now enjoy the Japanese phenomenon Anpanman in English and Spanish for the first time ever,” said Adam Lewinson, Tubi’s chief content officer. “We can’t wait for viewers to meet Anpanman and his lovable enemy Baikinman as they join our iconic roster of characters on Tubi Kids.”

Tubi is free to watch, as one of a growing number of ad-supported streaming platforms. Founded in 2014, it was acquired by Fox for $440 million last year. It has grown fast since then, building up its slate of reruns and licensed content; its customer base stood at 33 million people last September. Last month, Bloomberg reported that the platform was preparing to move into original programming.

Earlier this month, it was announced that a collection of well-regarded anime features, including Satoshi Kon’s Millennium Actress and Naoko Yamada’s Liz and the Blue Bird, would become available on the platform. 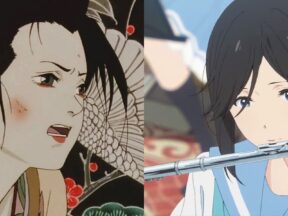