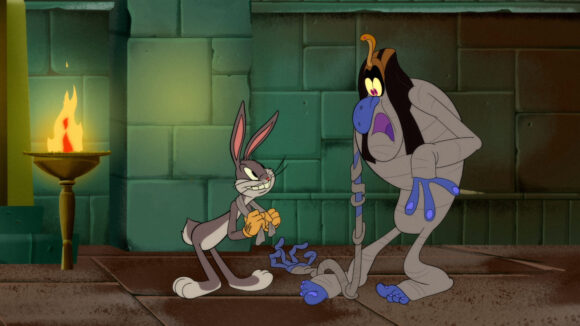 HBO Max, the new streaming service from Warnermedia, has set its launch date for May 27.

HBO Max will also offer third-party acquired series and movie titles, including the streaming debut of most of Studio Ghibli’s film library.

But the big news for classical cartoon fans is that Warner Bros. Animation’s new “cartoonist-driven” Looney Tunes shorts will be available on launch day as a Max Original. They are being packaged as 80 11-minute episodes, with each episode comprised of shorts of varying lengths.

The original announcement for the project back in 2018 had indicated 1,000 minutes of new animation, so it looks like most of the new shorts being made (880 minutes’ worth) will be included in the HBO Max package. As far as we know, they’re still producing the full order, so some of the other shorts may debut at a later date or be available elsewhere.

A new trailer for the Pete Browngardt-helmed series has also been released:

Other previously-announced animation projects that will be available on HBO Max later in 2020 are: