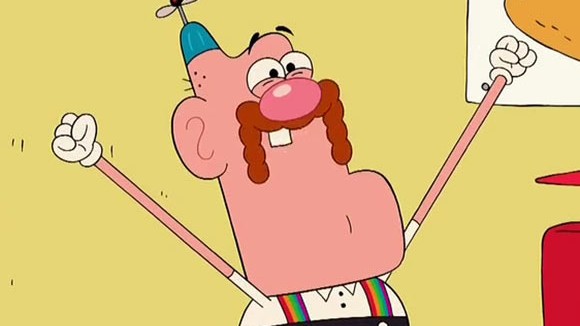 Never mess with a streak. It’s a tried and true adage, and Cartoon Network is sticking to it, announcing today that it will renew Adventure Time, Regular Show, Uncle Grandpa, Steven Universe, and Clarence.

The Hollywood Reporter broke the news ahead of this weekend’s Comic-Con blowout, which features panels, events and/or parties for all of the shows in question. Adventure Time and Regular Show are getting an eighth season, Steven Universe and Uncle Grandpa are getting a third season and Clarence will enjoy a second season.

Not that any of them will have to work too hard: The renewal news arrived on the heels of Cartoon Network’s third consecutive week as the top television destination for kids aged 6-11 for the total day, and nearly all five renewed programs rank at the top of their respective time periods among kids and especially boys.

As The Hollywood Reporter also noted, Adventure Time and Regular Show were renewed for eighth seasons even though premiere dates for their seventh seasons haven’t yet been scheduled. However, premiere dates for the rest are already set: Steven Universe returns on July 13, Clarence returns on July 20 and Uncle Grandpa creaks back onto television sometime this summer, with its third season arriving in 2016.