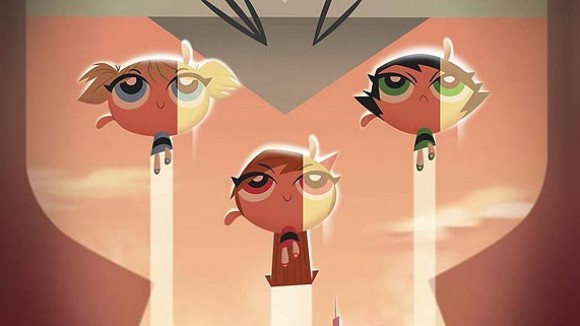 In Dance Pantsed, why is Mojo Jojo kidnapping a mathematician, an opera singer and a badger? To steal Chemical X, of course, and to finally take over Townsville. But when the Powerpuff Girls thwart his plan, he invents an evil video game called “Dance Pants R-EVILution” to control their minds and bodies to fulfill his evil plot! The Professor must visit his dark dancing past to save his girls so they can save all of Townsville!

Originally titled Powerpuff Girls Dance Pants R-EVIL-lution, the special was reportedly made using CG techniques and has been finished for a while. Production was headed by Dave Smith (The Flintstones: On the Rocks) who served as director, Kevin Dart (Steven Universe) as art director, and UK’s Passion Pictures as animation producer. Powerpuff creator Craig McCracken didn’t participate in the production.