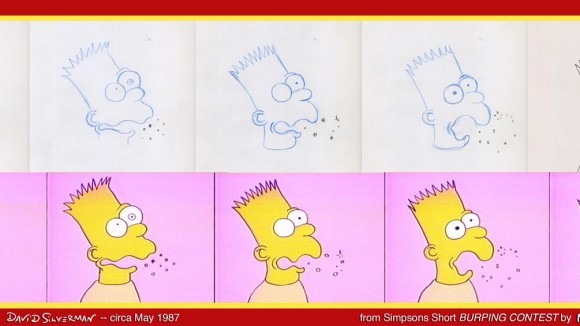 Just spoke with the great David Silverman, and he informed me of an impressive milestone: today marks the 24th anniversary of production of The Simpsons. (The series of David’s drawings above are from the early Tracey Ullman Show episodes.) As he tweeted earlier:

24 years ago, we first started drawing The Simpsons on March 23, 1987. Wes Archer, Bill Kopp, and myself. Happy Anniversary!