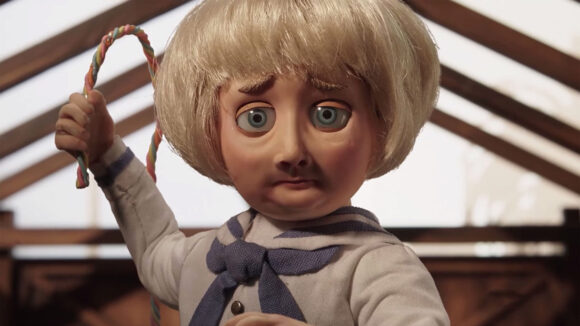 Adult Swim isn’t playing around with their latest series The Shivering Truth, which, judging by its new trailer released this week, looks like a legitimate creepfest.

The stop-motion anthology debuts December 9 at midnight. It’s described in this way by the network:

The Shivering Truth is a delicately crafted, surreal anthology comedy, a miniature propulsive omnibus clusterbomb of painfully riotous daymares, all dripping with the orange goo of dream logic. It is a series of loosely-linked emotional parables about stories within tales that crawled out of the deepest caverns of your unconscious mind and became lovingly animated in breath-slapping stop motion — in other words, it is the TRUTH.

The series was created and written by Vernon Chatman (co-creator of Wonder Showzen and Xavier: Renegade Angel). He also serves as director with Cat Solen.

The series pilot, available to view in some regions, features the voices of Jonah Hill, Michael Cera, and Starlee Kine.