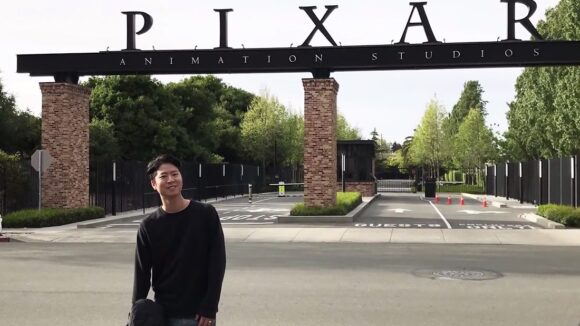 Tonko House, the animation studio started by Robert Kondo and Dice Tsutsumi, is publishing a series of video profiles of the artists working on their projects.

The latest profile in the series highlights Erick Oh, who is directing The Dam Keeper series that Tonko is producing for Hulu. Like the two Tonko founders, Oh formerly worked at Pixar:

In the video, Oh explained why his desire to chart his own creative path led him to leave the house of Lasseter. “At Pixar it was huge fun to be able to work with so many talented artists and learn so much there, but in the end of the day, you are serving someone else’s story,” he said. “Practically, I learned so much while doing that. I thought, ‘Maybe it’s time for me to move on and really try to seek for what I’ve been looking for for my entire life.'”

Oh, who studied at Seoul National University before getting his MFA at UCLA’s film program, also hinted at future plans, expressing a desire to help the animation industry evolve in his native South Korea.

“I have so much of affection [for] my own culture in Korea, and I always dream about in the far future when I really gain more experience and if [I] get a really good opportunity, how it’d be so great if I could contribute, even just some small part, to help the industry grow, make the [animation] culture a little better in Korea.”